By Stacey Liberator for Dailymail.com

Developed in partnership with the Israeli Ministry of Defense (MoD), the Kit 300 is made of a thermo-optical cloaking (TVC) material that combines microfibers, metals and polymers to make soldiers more difficult to see with the human eye and thermal cameras.

The board weighs just 1.1 pounds, allowing soldiers to easily roll it up and carry it while walking through dangerous war zones.

Soldiers wrap them around themselves as they go and join their sheets together to build a boulder-like barrier when they establish a position.

Scroll down for the video

“Someone staring at them with binoculars from afar will not see the soldiers,” Gal Harari, head of the Detectors and Imaging Technology Branch of the Defense Ministry’s Research and Development Unit, said in a statement.

“Camouflage nets haven’t changed much in the past 50 years,” Yonatan Pinkas, director of marketing at Polaris Solutions, told The Media Line. “We wanted to introduce a new type of material,” he added. “So TVC was born.”

Kit 300 features two faces, each with its own color to blend into the battlefield. 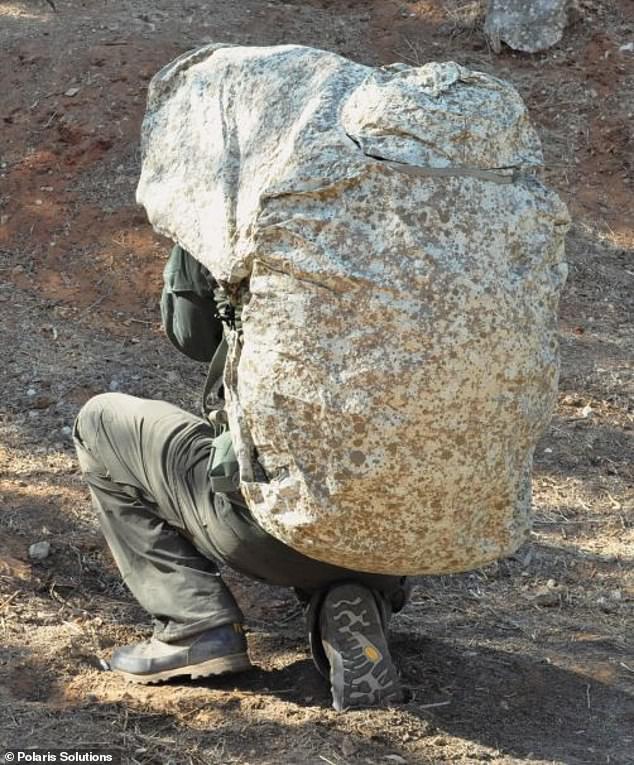 Developed in partnership with the Israeli Ministry of Defense (MoD), the Kit 300 is made of a thermo-optical cloaking (TVC) material that combines microfibers, metals and polymers to make soldiers more difficult to see with the human eye and thermal cameras.

One side is used when in thick vegetation and the other is designed for more desert-like areas.

However, the company will customize patterns and coloring as needed.

The Kit 300 is also water-resistant and can provide shelter for military personnel. It can stand like a small tent.

Although the material is lightweight, it is strong enough to be shaped into 3D shapes and can be used as a stretcher to carry wounded soldiers. 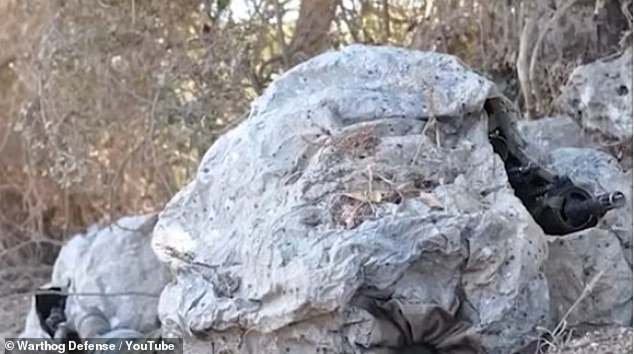 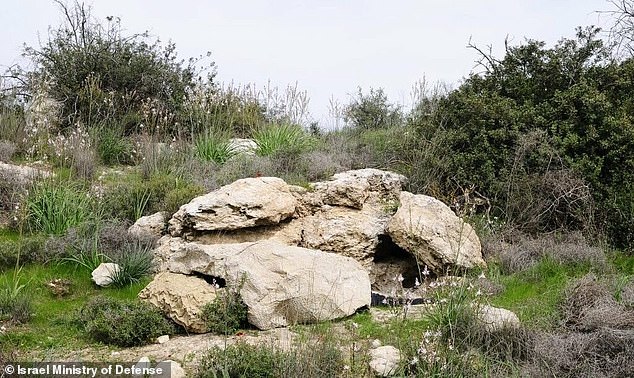 Pinkas told that the Media Line Kit 300 is capable of carrying up to 500 pounds, and can be used as a splint and blanket to lower body temperature.

The inspiration came from the Kit 200 during the Second Lebanon War in 2016, while Picciotto was in a special unit in the Israel Defense Forces (IDF).

He saw an urgent need for better ground cover for soldiers who were exposed to thermal cameras and night vision equipment.

“You have to be better than the enemy,” Picciotto recalls, “and we understood that there are big gaps in the survival part.”

“Our product is tested by several units, I can’t name it, and we have some joint operations there.”