Ten days after their return to the country, some 3,000 Israelis have yet to receive the results of coronavirus tests conducted at Ben Gurion Airport, Israeli television reported on Monday.

The Department of Health told Channel 12 that it was aware of the problem and that only people who tested positive for COVID-19 had not received results.

Many incoming travelers reportedly did not get the results until two days after they were tested.

The network indicated that the delays came several weeks after a new company took over the test device at the airport. unlike Check2Fly, The previous company that ran the tests, the new company – Femi Premium – does not process swabs samples at the airport itself, but sends them to laboratories that they do not run themselves.

In addition, these labs do not update incoming travelers with the results, but tell the Ministry of Health. The Ministry then informs the health maintenance institutions, which update the insured. Check2Fly informs travelers directly.

Get The Times of Israel Daily Edition by email and don’t miss our most important news. Subscribe for free

“There is no person who tested positive and did not receive a response within 48 hours,” the Ministry of Health said.

The report came amid concerns about the most contagious delta variant entering the country and that infected travelers from abroad are helping to fuel a renewed rise in coronavirus cases.

Israelis who have been vaccinated or recovered from COVID-19 are exempt from quarantine upon return to the country, unless they return from COVID-19 hotspots to which travel is prohibited. The countries that Israelis are currently prohibited from visiting are Argentina, Brazil, South Africa, India, Mexico and Russia.

But according to Channel 12 news, travelers from those countries arrive in Israel on private planes and enter without inspection. The report stated that others coming from those countries on commercial flights are returning home from the airport using public transportation, which poses a potential danger to those around them.

The health ministry’s outgoing director general, Chase Levy, told the network that the situation at the airport “looks ridiculous,” acknowledging that results should ideally be provided within 24 hours.

On Sunday, the government approved a tender for a new coronavirus testing facility at Ben Gurion Airport, as part of efforts to increase testing capacity there.

The network also broadcast a recording of Prime Minister Naftali Bennett asking municipal leaders to encourage vaccination before some doses of Pfizer-BioNTech that Israel obtained expire at the end of July. Bennett earlier on Monday pleaded with teens to get vaccinated by July 9.

“To do the second shot by July 30, the first shot has to be by July 9,” Bennett can be heard referring to a 21-day period between doses. “It is also possible to continue vaccination after July 9, but then we will only have one injection, which is much less effective with respect to the delta formula.”

“It is a crime not to vaccinate in this window,” he added. 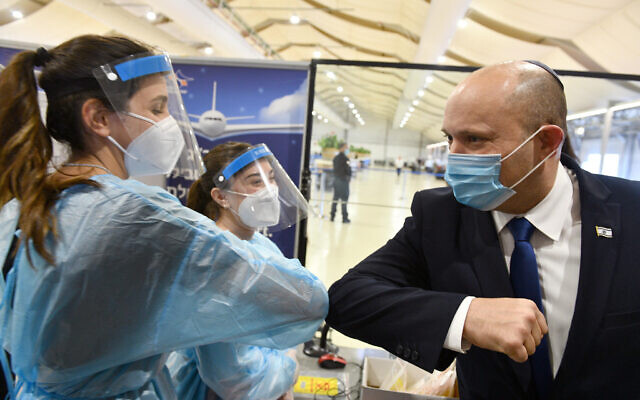 Levy said Israel is looking to trade in the doses that are due to expire next month for shots from other countries with later expiration dates. He did not specify which countries.

A separate report from public broadcaster Kan said the ministry would destroy 800,000 vaccines worth hundreds of millions of dollars if no country agreed to buy them in the next two weeks.

Earlier this month, the PA agreed, and then rejected, a deal for Israel to deliver the soon-to-expired vaccines in exchange for the PA’s shipment of new Pfizer shots, which is due to arrive later in 2021.

And the Ministry of Health figures showed that daily cases rose even more, as 213 injuries were confirmed on Monday since midnight, up from 145 recorded throughout the previous day.

The number of active infections rose to 1,425, although serious cases continued to decline and fell to just 21. 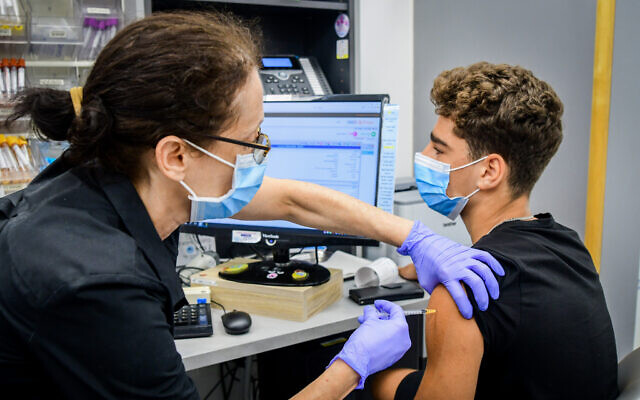 Another death – the second in two weeks – brought the death toll to 6,430. There have been 841,184 infections since the pandemic began.

Of the more than 40,000 tests taken so far on Monday, 0.5% have come back positive, up slightly from the 0.4% rate recorded over the past several days.

To combat the rising infection, the Department of Health reimposed the indoor mask mandate on Friday and the government moved to tighten rules on travel, given concerns that the Delta version was contributing to the recent increase.

The cabinet met Sunday evening for the first time since the new government was sworn in, and the coronavirus-related cabinet discussed increasing testing and enforcement at Israel’s borders and boosting efforts to vaccinate teenagers — but it didn’t add any major new restrictions.

I am proud to work for The Times of Israel

I will tell you the truth: life here in Israel is not always easy. But it is full of beauty and meaning.

I think our reports set an important tone of honesty and decency that is essential to understanding what is really happening in Israel. It takes a lot of time, commitment and hard work from our team to do it right.

Your support through membership in The Times of Israel communityWe can continue our work. Would you join our community today?

Join the Times of Israel community Join our community Already a member? Sign in to stop seeing this