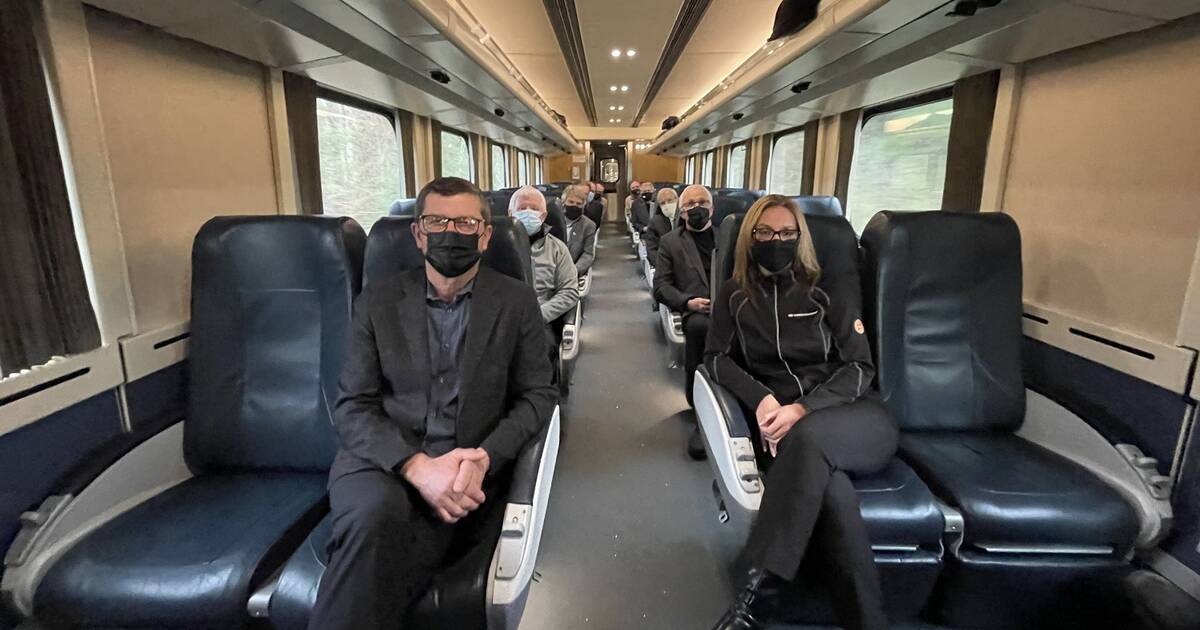 A new train route that will travel from North Bay to Toronto has been tested for use as of Monday morning.

The Ontario Northland train departed just before 6 a.m. on Nov. 22, carrying passengers bound for its destination at Union Station.

Testing 1, 2, 3. 🚉Today we are running a passenger train between North Bay and Toronto for testing purposes. We are validating transit times as part of our ongoing work on the Northeastern Passenger Rail Service business case. pic.twitter.com/j58K7vnVrH

In May, Secretary of Transportation Caroline Mulroney announced the new route connecting the North to Toronto, as part of the Northeastern Passenger Rail Service in partnership with Metrolinx.

The new route, which should make travel more accessible for people in the north, took about six hours on Monday.

On its way to Toronto, it stopped at South River, Hunstville, Bracebridge, Gravenhurst, Washago, Gormley and Langstaff, a Northland spokesperson tells blogTO.

It’s on 🛤️ to arrive at Union Station around noon.

The train arrived at Union Station just before 2 p.m.

The test train has arrived at Union Station! 🎉

We all agree it looks good @OntNorthland 🚆

After a short break in Toronto, the train heads back to North Bay! pic.twitter.com/1rTYv4vd9w

“Today’s test train is a promising sign for Northern Ontario. Once Passenger Rail service is back, it will connect people to the region, unlock economic opportunities and much more,” Moore said.

@OntNorthland Yes please. It would be great to have an alternative route north instead of just by car.

In 2012, an earlier version of this route was discontinued, leaving few opportunities for people in the north to access other parts of the province.

It also didn’t help when Greyhound Canada canceled all routes earlier this year, with some rural communities stranded with no other way than a car to get to Toronto and Southern Ontario.

The new route from North Bay to Toronto is proposed to run four to seven days a week based on seasonal travel needs, the county says.

Good news for those communities that will receive rail passenger service again. BUT if the trains don’t run on time, don’t bother. I remember that the train to Toronto could regularly be 30 minutes to an hour late.

It would also allow passengers arriving from the north to travel overnight to reduce the need for hotel stays, something not everyone can afford.

After a short break in Toronto, the test train will return to North Bay on Monday afternoon.

The phasing for the new route will be completed sometime in 2022, after successful completion of testing.