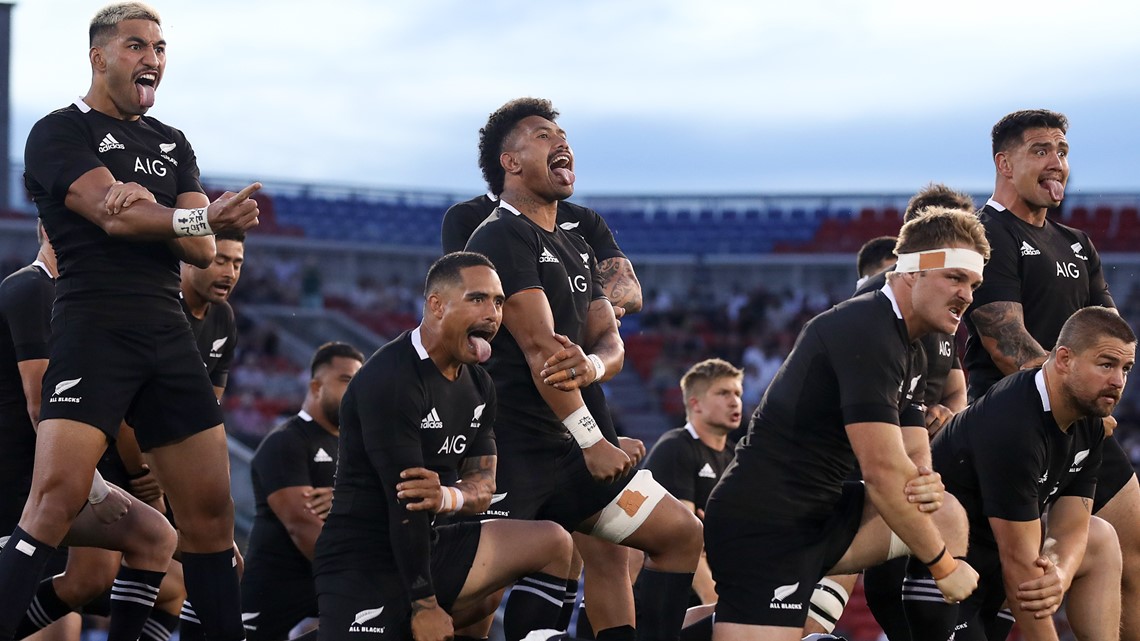 The All Blacks are internationally known for their incomparable success and world-renowned pre-game tradition, the haka.

WASHINGTON – New Zealand Rugby has confirmed that the All Blacks will play against the United States in October at FedEx Field outside Washington DC.

The All Blacks meet the US Eagles on October 23 to play for the new 1874 Cup. The trophy refers to the year of the first rugby match played in the United States, between McGill and Harvard University.

The All Blacks are internationally known for their incomparable success and world-renowned pre-game tradition, the haka. The All Blacks have a worldwide following that goes well beyond rugby.

“Our region is home to a robust and passionate rugby community at both the amateur and professional level. The chance to host the iconic New Zealand All Blacks for the first time ever in our nation’s capital alongside American rugby will showcase Washington, DC as a dynamic, global sports destination for the world. Together with our partners at Old Glory DC, we look forward to bringing more world-class rugby to our nation’s capital, including the Rugby World Cup,” said Gregory A. O’Dell, president and chief executive officer of Events DC.

The All Blacks have added the game as part of their fall tour to Britain and France.

New Zealand last played against the United States in 2014 when it won 74-6 at Soldier Field in Chicago.

The USA Eagles (USA Rugby’s team name) come off their first assembly since 2019 and look ahead to a busy autumn with a focus on qualifying for the 2023 France Rugby World Cup.

“We’ve really enjoyed it every time we’ve been there. I know the team is excited to go to America and especially to Washington DC for the first time,” said All Blacks Captain Sam Cane. “It will be a historic game with a lot of significance and we hope the rugby team fans there are really behind the game. We cannot wait.”

The presale of tickets for the rugby community starts on Wednesday 28 July.

For tickets go to Ticketmaster.com

With a history dating back more than a century, New Zealand’s national rugby union team, the All Blacks, are not only the most successful international rugby team of all time, but also one of the most successful teams in world sport, with a test winning record of more than 75 percent. The All Blacks play against European opponents in the Steinlager Series every year and again at the end of the year, and annually play against Argentina, Australia and South Africa in the Investec Rugby Championship. In 2015, the All Blacks became the first team to win back-to-back Rugby World Cups, following their win in 2011, and the first team to win three RWCs, with the All Blacks winning the inaugural tournament in 1987. In 2013, they became the first international team in the professional era to go through the season undefeated. The team has been named World Rugby Team of the Year nine times and was Laureus Team of the Year in 2016.

RELATED: How to Play: Rugby

Download the WUSA9 app to get the latest news, weather and important stories at your fingertips.