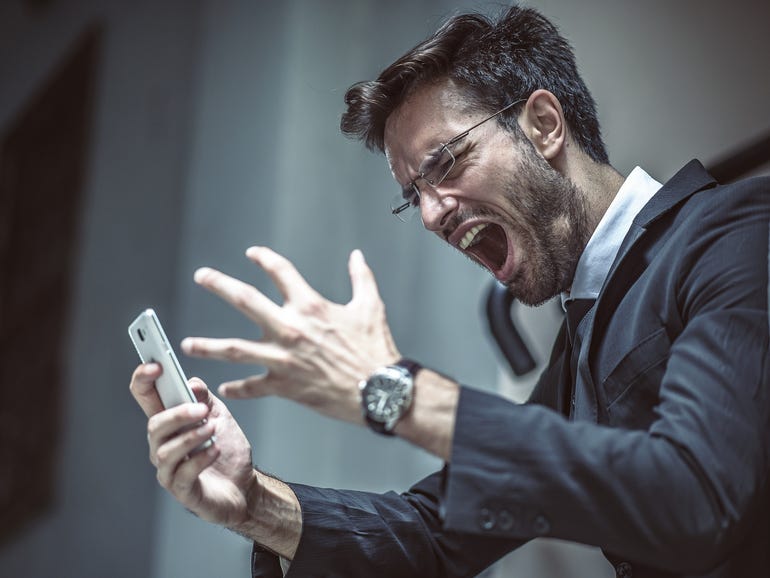 Many people wonder why I use an iPhone instead of an Android smartphone as my daily driver. While it’s true that I use Android handsets — I especially love the Blackview smartphones with the built-in IR cameras — I don’t see myself switching to them.

So why is that?

And it’s not that I don’t have Android manufacturers trying to throw phones at me pretty much every day.

I could literally have a dozen new Android handsets to play with every month if I wanted to.

The problem, as my esteemed ZDNet colleague Jason Perlow pointed out, is support.

Over the past year, I’ve covered a lot of Android handsets, review items, things I’ve bought, and the things other people bought me because they had support issues.

And what I’ve seen makes me never want to rely on an Android handset again for everyday use.

My experience with Android hardware support has ranged from endless “try this, try that”, just giving up support, being told something that’s clearly a problem isn’t a problem, poor quality resolutions, on hold forever, to even Parts are offered to repair a phone under warranty.

Manufacturer support for Android devices is a mess. You can waste hours and get nowhere.

And I don’t want to slander the support agents. They are not at fault. They seem overworked and don’t seem to be getting the proper training.

I can’t even say that there is one manufacturer that stands out as much better than the rest. I always thought it would be Google, but no. Google is too big, too sprawling and doesn’t seem to spend enough resources on support.

Luckily we have some pretty strong consumer protection laws here in the UK, with the seller ultimately responsible for making things right if something goes wrong.

Compare this to Apple, where I can usually resolve issues within minutes, or worst case scenario, a few phone calls. Even if you are a few hours away from the nearest Apple Store, the process works.

It just works. And it works well. I regularly complain about the quality of Apple firmware, but hardware support has been and remains a very strong point of the company.

The problem with Android hardware is that once a product is sold, it feels like the manufacturer doesn’t want to think about it anymore. It’s a variation of the same problem that has plagued Android updates for so many years — the margins are so tight that there’s little breathing room for things like good support and timely updates.

But I don’t want this to sound like the issues are unique to budget hardware.

In my experience, and the experience of countless people who have contacted me, the price doesn’t matter much.

And it’s a major factor that kept me from switching to Android for years.