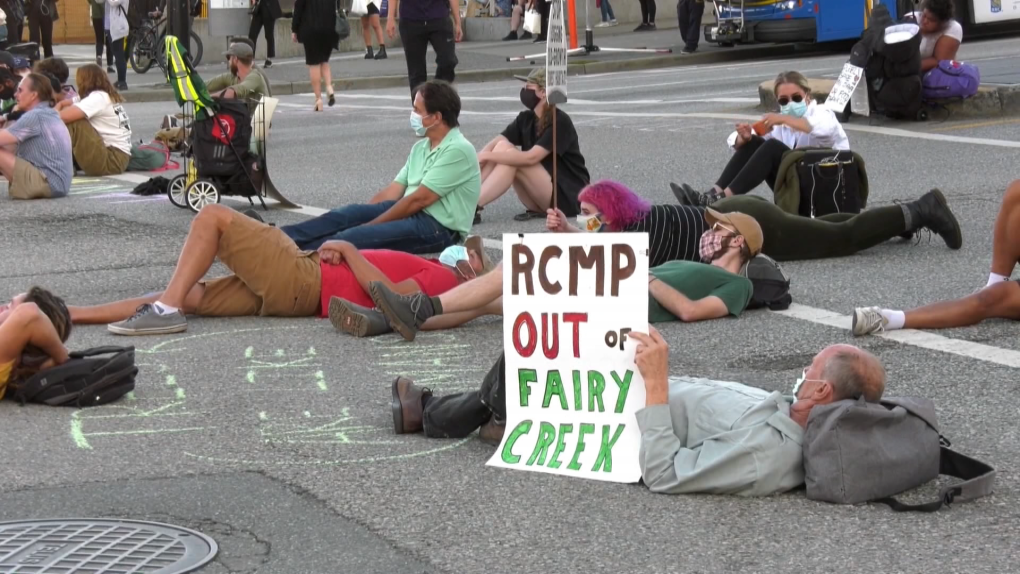 Some of the protesters involved in a “die-in” in Vancouver were arrested Thursday, police have confirmed.

Vancouver police said two people were arrested in the evening after refusing to leave the intersection that had blocked the event during rush hour.

According to the department, a total of about 75 protesters marched from City Hall to the busy intersection of Broadway and Cambie Street.

Once there, they performed a “die-in”, described by police as “lying on the sidewalk and causing major traffic disruption for several hours”.

const. Tania Visintin said in a release on Friday that the group has been asked to leave several times by police. Members who refused to proceed were warned that they would be arrested.

At that point, most did get up and leave, but two people refused, police said.

According to organizers, three people were arrested on Thursday after three hours of traffic disruption.

In a release, representatives of the environmental advocacy group Extinction Rebellion added that protesters were willing to move out of the way of ambulances during the protest.

The event, it explained, was in solidarity with those at the Fairy Creek site, where hundreds have been arrested as they tried to block old logging on southern Vancouver Island.

“The protest took place on the day the BC RCMP national union met with the provincial government to ask for more money to continue monitoring the protests,” Extinction Rebellion said.

In the release, a volunteer said she was afraid for her child’s future.

“The government is destroying our life support systems and we are sitting there and allowing this to happen. The most responsible thing I can do as a new parent is to stand up against this government nonviolently for our families and for all life on Earth,” Sara said Hall .

Organizer Zain Haq also noted that the devastating wildfire season is evidence of the need for further environmental protection against climate change.