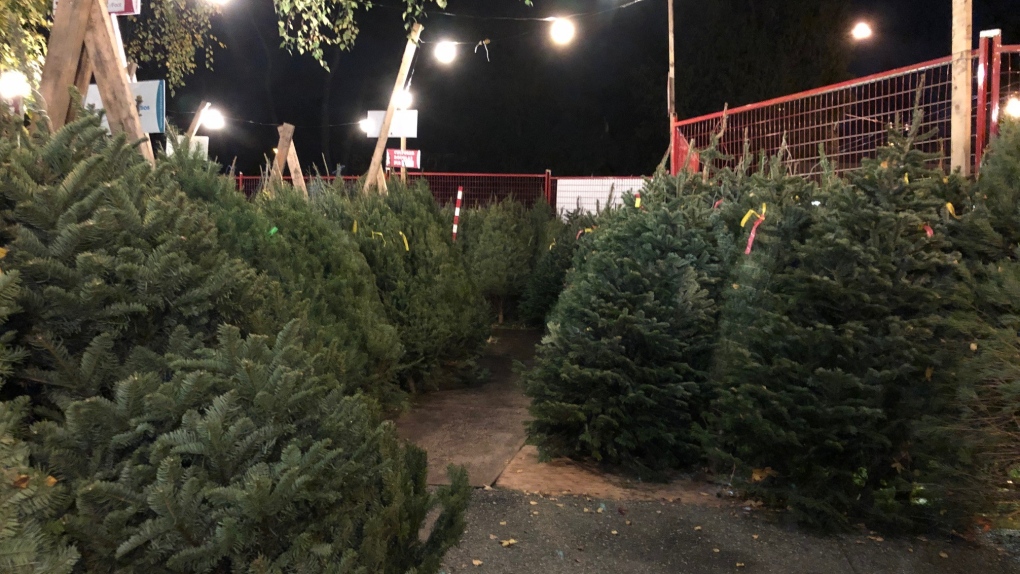 An annual fundraiser to support youth aging from foster care and young mothers in BC kicks off Thursday, as the first of three charity Christmas trees benefiting Aunt Leah’s Place opens in Vancouver.

Nargis, who came to Canada in 2016 as an 18-year-old after leaving Afghanistan, told CTV that she came into contact with Aunt Leah’s Place through a friend.

“I was nervous, scared and also homesick,” she said, recalling what it was like arriving in North America alone. “When I came to Canada, I had no one at all. No family.”

She said the organization helped her with housing, her education and work, as well as made her feel like she was not alone.

“I remember it was Christmas in 2017… and I had no one to give me anything,” she said, adding that she had applied for a basket through Aunt Leah’s. She remembered being given a big box with all kinds of winter clothes in it.

“I was super, super happy then. I thought, oh my God, you know, I feel like I have family here. That was the (most) beautiful feeling I’ve ever had.”

Sarah Stewart, executive director of Aunt Leah’s Place, said their programs are designed to mimic the support of a family: providing an urgent crisis response but also an ongoing continuum of support.

“We want you to thrive,” Stewart said. “Nargis is a perfect example of this. She was able to just use our program, connect with the staff, jump off it to secure her own housing, and she’s just thriving now and it’s amazing to watch.”

The Christmas tree sale, which has been going on for more than 25 years, helps raise money to support those much-needed programs.

“The Christmas tree lot provides ten percent of our total revenue … it’s revenue that we’ve earned and we can direct it based on urgent needs that we see,” Stewart said. “It’s been a fantastic fundraiser for us, as well as a job opportunity for the young people we’re trying to support.”

Nargis is now 23 years old and studying business and accounting at Langara College. She also works for Aunt Leah’s while continuing her education as an administrative assistant.

She said her cousin has since come to Canada as well, and she was able to introduce them to Aunt Leah’s and help them translate.

The rest of Nargis’ family remains in Afghanistan, including her 14-year-old sister, who has been of particular concern to her since the Taliban regained control of the country in August.

“It’s a really terrible situation for me and my family,” she said, adding that her dreams of going back to see her family have been dashed. “Now there is no more hope.”

Although some days were difficult, Nargis said she feels she has a community here, through friends, her cousin and Aunt Leah’s. She received the Champion Award from the organization this year.

“I remember they helped me through the very difficult days in my life,” she said. “I want to be part of this great team that helps others get through those days and have a happy life for themselves.”

The first of three raffle tickets of Aunt Leah’s Christmas trees opens November 25 in Vancouver. Lots in Burnaby and Coquitlam open on November 26. There are no online sales this year. The lot in North Vancouver is closed this season.