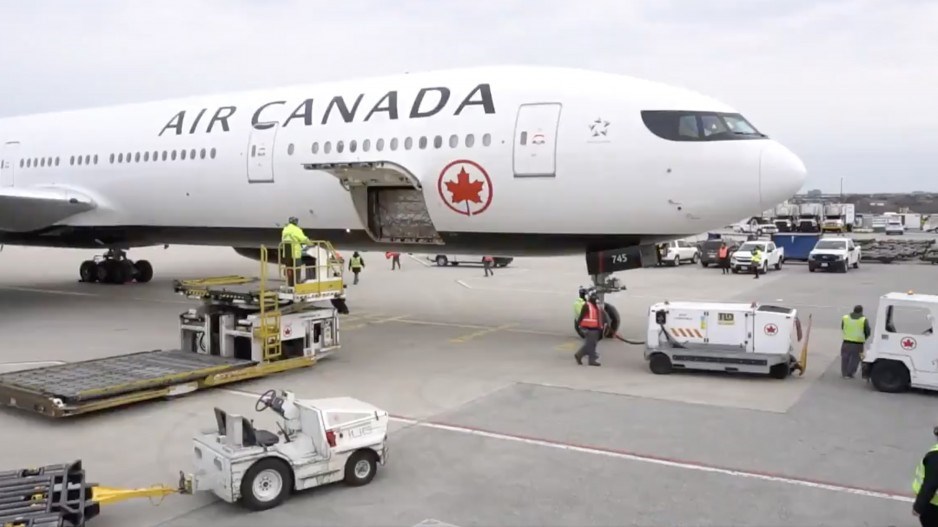 Freight volume in and out of Metro Vancouver has been reduced as highway travel is restricted due to washouts.

Air Canada today confirmed that it has significantly increased freight capacity between Vancouver and cities such as Toronto, Montreal and Calgary between November 21 and 30.

While highway links have reopened to essential traffic, freight traffic in and out of Vancouver is strained, with reduced volume.

Air Canada said it is adding 586 tons of cargo capacity, equivalent to 3,223 cubic meters, to support BC’s economic supply chain and public need. That is an increase of 45% compared to the normal freight volume to and from Vancouver.

To give you an idea of ​​how big the increase is, Air Canada said the added volume is equivalent in weight to about 860 mature moose.

WestJet said last week it has also increased cargo capacity flying to and from Vancouver, though it hasn’t quantified exactly how much volume has been added.

“We have increased the capacity of our YVR [Vancouver International Airport] leveraging the flexibility of Air Canada’s fleet to move 28 passenger flights from narrow-body aircraft to Boeing 787 Dreamliners, Boeing 777 and Airbus A330-300 wide-body aircraft,” Jason Vice-President of Cargo of Air Canada Berry, said.

“These changes will enable an additional 282 tons of goods to be transported across the country on our scheduled passenger flights.”

He added that his airline would operate 13 additional cargo flights to and from Vancouver.

With the new configuration, the aircraft can carry about 8,165 kilograms of cargo and will also enter service this week.

BC Ferries also stepped up last week by adding freight ferries along the coast of Vancouver Island, while the island’s Malahat Highway was temporarily closed.