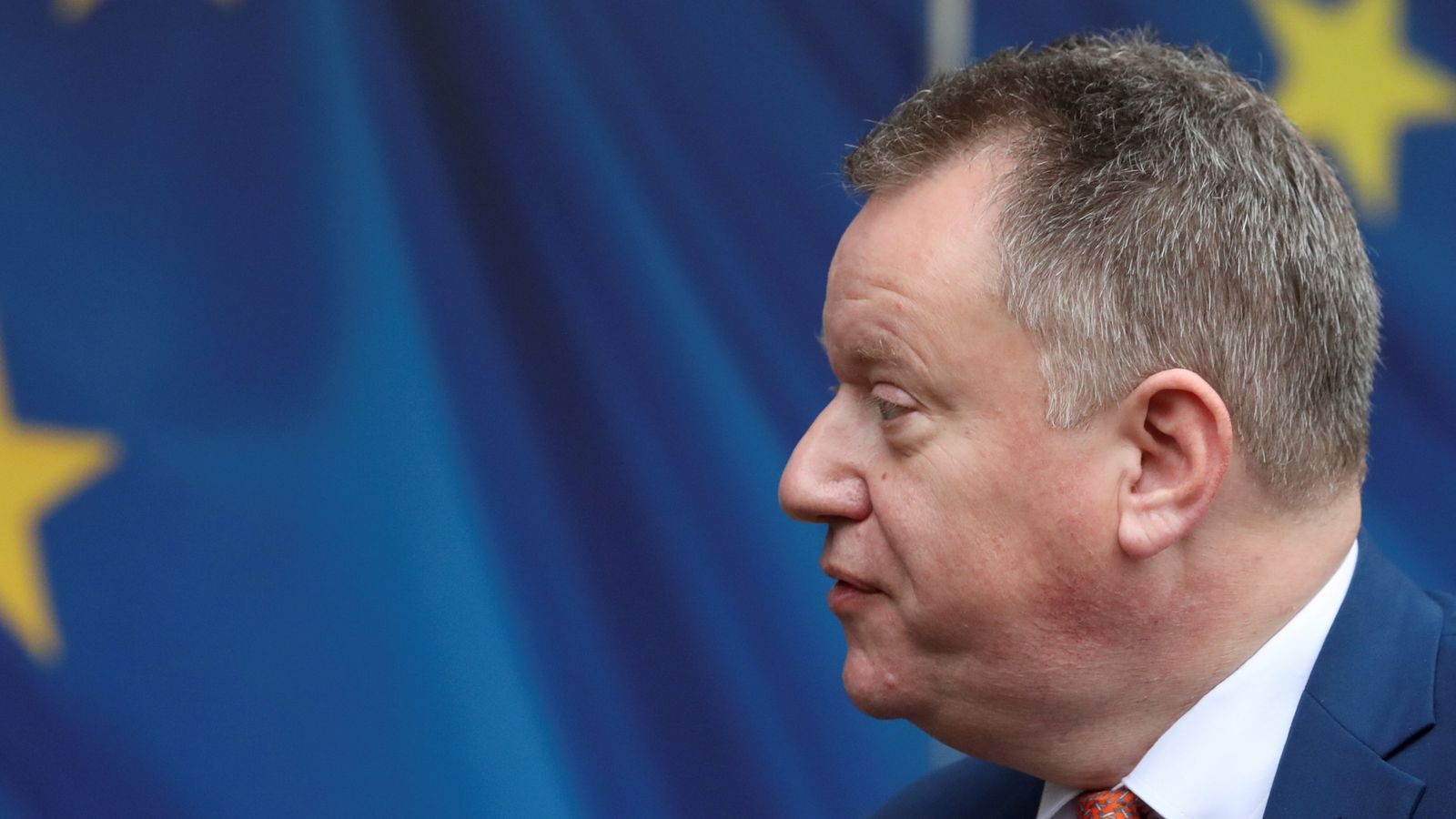 Moving away from EU rules is a “national imperative” and the UK must aim for lower taxes to be successful, Brexit minister Lord Frost has said.

The Conservative colleague warned the UK “not be able to continue as before” and urged the country to “step up and compete at a global level” after leaving the European Union.

Speaking at a Center for Policy Studies conference on world trade, Lord Frost looked beyond his immediate post-Brexit task to ease tensions over border arrangements for Northern Ireland.

He spoke of the importance of the British “deviation” from Brussels, warned against copying the “European social model”, and also strongly praised Chancellor Rishi Sunak’s vision of lower taxes.

What is the Northern Ireland Protocol?

Lord Frost admitted that his… ongoing negotiations with the EU on the Northern Ireland Protocol – which the UK government has threatened to partially suspend under Article 16 – was his “top priority”.

“As we discuss trade in this country, we must not forget that our most pressing and pressing issue – a matter of the highest national interest – is to ensure that we can trade freely in our own country,” he said on the conference.

“I don’t think that’s too much to ask and that’s where we need to go one way or another.”

But the Brexit minister also said the government was “starting this project” to move away from EU regulations.

“We cannot go on as before,” said Lord Frost. “If we only import the European social model after Brexit, we will not succeed.

“We did not successfully roll back the borders of the EU with Brexit, only to import the European model after all this time.

“So we need to reform quickly and those reforms will involve doing things differently from the EU.

“Obviously, if we stick to EU models, but behind our own tariff wall and with a smaller market, we won’t succeed.

“That’s why I talk so much about divergence. Not because of the fact, but because it’s a national necessity.”

He added that the government is “liberalizing the growth areas of the future to open them up to innovation,” including data reform, gene editing, transportation, medical licensing and artificial intelligence.

“To some extent, we are making undetected changes to the nuts and bolts of some of the core frameworks that support the economy to make them less bureaucratic and more dynamic than the EU regimes we left behind,” said Lord Frost.

Subscribe to the All Out Politics podcast at Apple Podcasts, Google Podcasts, Spotify, Speaker

Following the Chancellor’s autumn budget last month, the tax burden in the UK is set to rise to its highest level since the 1950s, although Sunak said his ultimate goal was “to cut taxes”.

Lord Frost threw his weight behind the Chancellor’s vision, telling the conference: “The world does not stand still and no one owes us a living and earning it is now entirely in our own hands.

“We know the formula for success as a country. It’s low taxes. I agree with the Chancellor, as he said in his budget speech, our goal should be to cut taxes.

“It’s about light, proportionate regulation, regardless of the policy objectives you pursue. And, of course, free trade.”

The Brexit minister also fired a warning shot against the continued imposition of state direction after the COVID pandemic.

“Inevitably, we have had a lot of state direction and control during the pandemic,” he added.

“That cannot and should not last forever. And I’m glad it isn’t.

“I am very happy that free Britain, or at least cheerful England, is now probably the freest country in the world in terms of COVID restrictions.

“No mask rules, no vaccine passports and it may stay that way for a long time.”