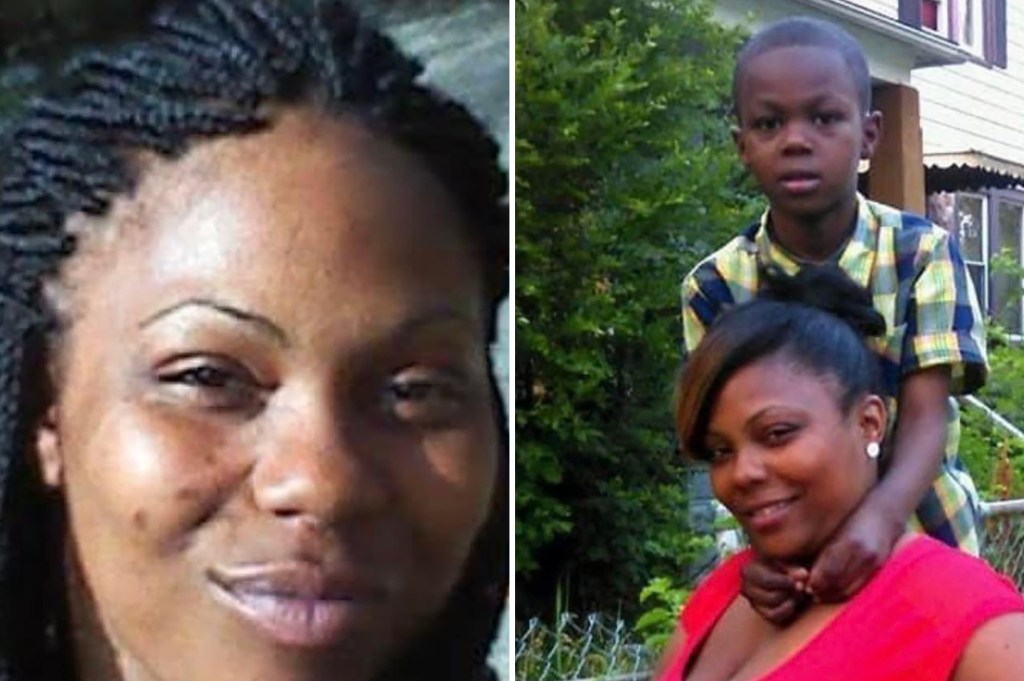 Delisa Tucker, 31, was fatally shot in the chest Wednesday morning while visiting a memorial to her son, Kevin Tinker, near their home in the city’s Roseland neighborhood.

Tucker had lit candles for her murdered son after he was killed in a shooting Sunday night, the family told the Chicago Sun-Times.

Police have not confirmed whether the two shootings are related and no one has been arrested.

Police said they discovered Tucker’s body on the sidewalk after responding to a ShotSpotter warning just before 12:30 a.m. Wednesday.

She was rushed to Roseland Hospital, where she was pronounced dead.

Authorities said they did not find anyone in the street who witnessed the shooting.

Her son was pronounced dead at the scene three days earlier after being hit several times by gunfire.

At the time Kevin was shot, he was standing in front of a house that had been attacked earlier in the day.

Police would not say whether they suspect Kevin was also the target.

Family has described the teen as a “quiet kid” and said he was not involved in any gang-related activity, according to a GoFundMe page.

There have been at least 26 fatal shootings this year in the neighborhood where the mother and son were murdered.