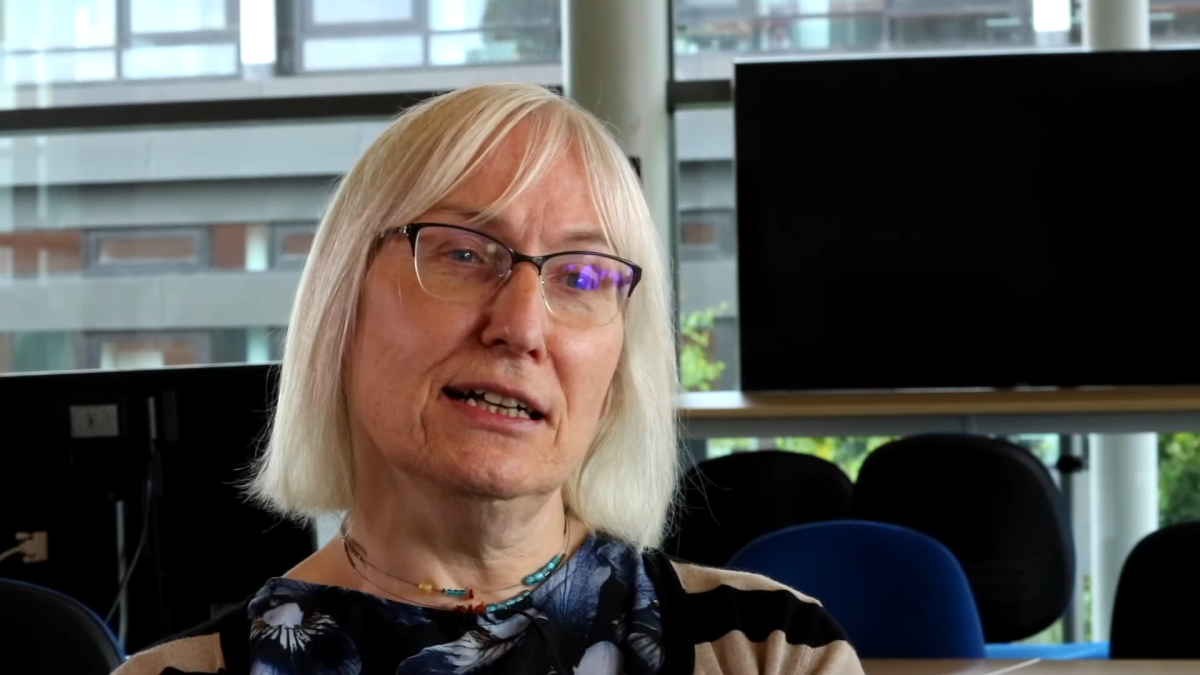 Dr Sophie Wilson CBE is one of the most important people in computer history, with a list of achievements as long as your arm. So great is her influence that you’re likely to find this article on a device that contains some of it: She partnered with Steve Furber to design the first ARM processor at Acorn, the chips that now run nearly every cell phone and tablet out there.

In the above video posted by the Cambridge Computer Lab, Dr. Wilson about her upbringing, which led her to computer science, and most notably in this video about the creation of the BBC Micro-computer. She is now a research fellow at Broadcom, where she designs microprocessors.

It is full of interesting things and a particular delight is her memory of her childhood in a house “where my parents had made pretty much everything”, and how her parents met all the challenges that life brought: by building more things.

It’s a remarkable story, and the video then goes to Eben Upton, also an alumni of the University of Cambridge’s Computer Lab, and the designer of the Raspberry Pi, who discusses how the BBC Micro impacted his life, and the aspects of it that were carried over into the philosophies of Raspberry Pi. Upton’s focus on the practical side of the device, the requirement that kids “could put it in and out of their bag a thousand times,” is the kind of design thinking that would lead the Pi into all sorts of unforeseen places.

It’s a really nice video anyway, and if you look at the history of Dr. Wilson before, it’s the perfect introduction to the work of a remarkable person, which lies beneath vast amounts of the technology we use today. If all the Black Friday deals are bringing you down, have a cup of tea, sit back, relax and learn. The discounts can wait.