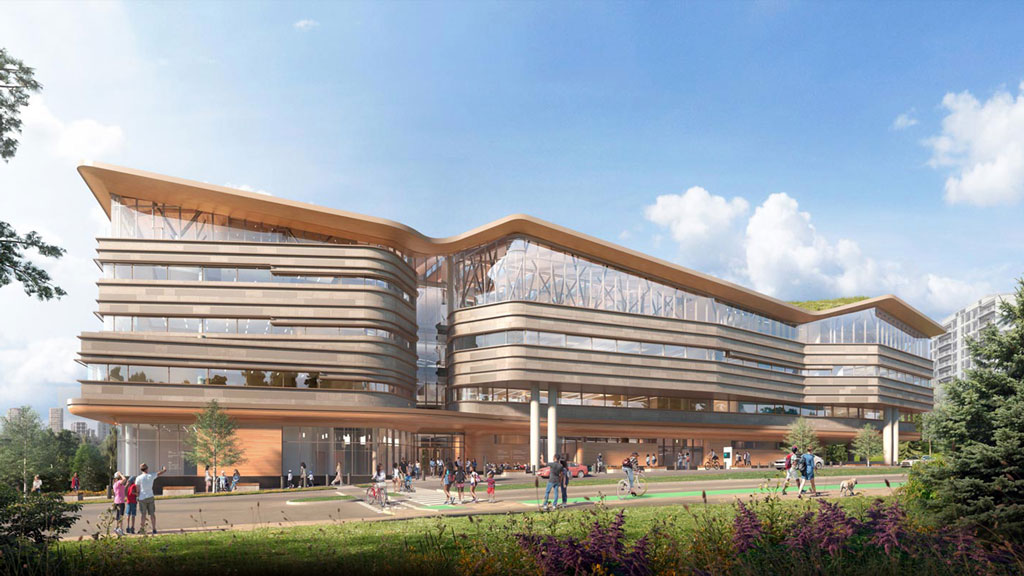 Building a super library from scratch can be complicated and costly under the very best of circumstances.

But if you throw a pandemic into the mix, it can drive the price up significantly.

That’s the lesson learned recently by the City of Ottawa, the federal government, and Library and Archives Canada.

The cost of a new joint facility and parking garage at Ottawa Public Library and Library and Archives Canada (OPL-LAC) was originally set at $193 million in 2018, but a report to the city council indicated the price tag has risen by 73 percent to $334 million, largely due to the complications caused by COVID.

The report, submitted by Carina Duclos, director of infrastructure services in the planning, infrastructure and economic development division, gave the council an update on the project and also outlined the need for additional funding in response to economic pressures driving costs in general. up the region.

The report stated that the tender for the project was completed on September 9, and that two pre-qualified applicants, EllisDon and PCL Construction, were bidding. Both were over budget, but PCL had the lowest bid of $334 million and won the contract.

“This cost increase can be attributed to the escalation in the Ottawa construction market since the estimate was developed,” the report said.

When the project estimate was developed, it included contingency inflation of 10 percent, the report said, but construction inflation in Ottawa halfway through construction is currently above 65 percent, which has been confirmed by a third-party quantity meter.

The report blames the 55 percent difference in expected inflation versus actual inflation as the cause of the increase from the original project estimate and actual project costs.

“Canada is experiencing a significant increase in construction costs due to the impact of COVID-19,” the report states. “A combination of material shortages and escalation of goods, supply chain delays and pressures, labor implications and an overheated market have all been described by the Ottawa Construction Association and observed in recent city tenders, as communicated to the municipality.”

The Ottawa Financial and Economic Development Commission approved additional funding for the project on Oct. 19. The city council received the report during a meeting on October 27 and the councilors also voted 21 to two.

The new library and archives will be built at 555 Albert St. on the east side of Lebreton Flats and overlooking the landscape of the Ottawa River. The location was chosen for its configuration, free lines and proximity to other cultural institutions. It will be accessible by all modes of transport.

The facility will be known as Ādisōke, an Anishinaabemowin phrase meaning storytelling. It will be located in the traditional territory of the Anishinābe Algonquin Nation. Storytelling is the traditional way Indigenous peoples across Canada share knowledge, culture and history for generations.

In addition to costs, COVID-19 has also had an impact on the timeline. The final design was approved by the Ottawa Public Library Board in April, and just over a week later, the drawings were given the go-ahead from the National Capital Commission’s board of directors. The city released the main construction tender to the two pre-qualified general contractors on May 17.

The first works started on the site in 2020 and were completed last May. Official construction of the library is expected to begin before the end of the year.

The project was originally scheduled to be completed in 2025, but due to the impact of the COVID-19 pandemic on labor and material supplies, the official opening has been postponed to summer 2026.

The library is envisioned as a modern facility that will respond to rapidly evolving technology, growing customer expectations and changing demographics. The structure will be 216,000 square feet, of which 133,000 will be allocated to the OPL.

The library’s design is the result of an unprecedented public co-design process in which residents of Ottawa, Indigenous communities and Canadians from across the country were asked to provide input and inspiration at every stage.

Partners in the project wanted extensive public and Indigenous consultations and wanted the building to have iconic architectural interest befitting a G7 capital. A design assignment was awarded to Diamond Schmitt Architects in a joint venture with KWC Architects.

Workshops were held to gather information on topics such as location and building context, exterior and interior materials, public art, landscape design and iconic features. Since 2015, more than 7,000 people have provided input to inspire all aspects of the joint facility.

The project team heard that the building should be constructed from locally sourced and sustainable materials, that the design should fit in with the natural slope and surrounding environment, and that the culture of indigenous peoples should be respectfully and fairly displayed as an important step towards reconciliation. .

The building will reflect nature through the design elements of water, stone and wood and the curvature of the roof will represent the flow of the river.