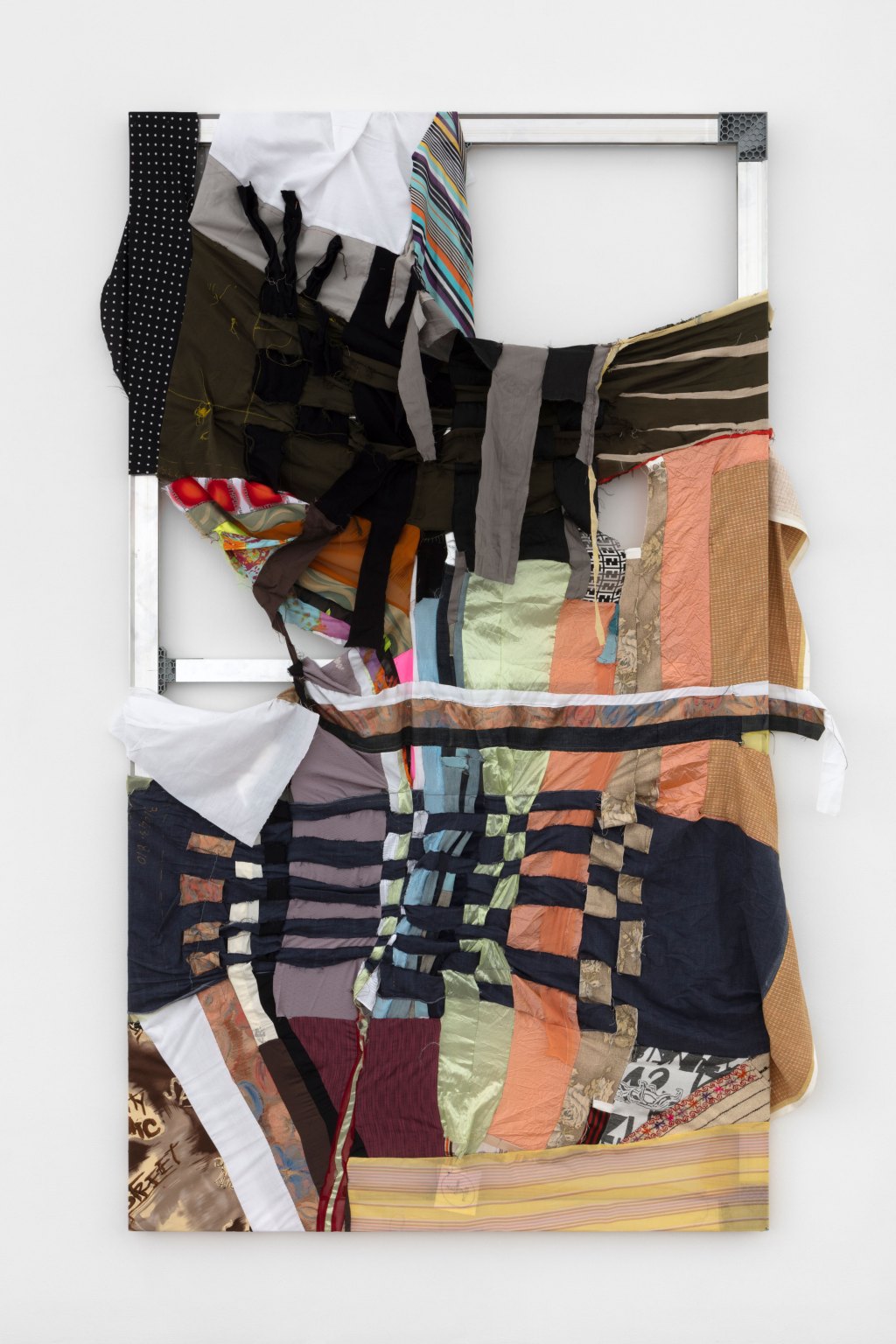 Eric N. Mack, whose monumental fabric installations stood out at the 2019 Whitney Biennale, has joined the Paula Cooper Gallery in New York. Mack continues to be represented by Morán Morán in Los Angeles. A new work by the artist, titled Happy, will be on display at the gallery’s booth at Art Basel Miami Beach next week.

Although they create large-scale installation pieces, Mack firmly identifies as a painter. Their hand-stained silks and cottons hang from the ceiling to encourage viewers to interact with them in a more intimate way – they can be walked around, walked under, entered, and viewed from any angle. The Maryland native has attributed this artistic approach to the upbringing of two exhibition designers who worked at the National Gallery of Art in Washington, D.C.

“The way I think about painting is like a combination of gesture and the trace of the hand and the way the painter manipulates shapes into a kind of emotional space,” Mack said. Artnet news in 2017.

After completing the Studio Museum in Harlem’s influential residency program in 2015, Mack also participated in that year’s recurring Greater New York exhibition at MoMA PS1 in New York. The same year as their showing at the Whitney Biennial, Mack had a major exhibit at the Brooklyn Museum. For “Lemme Walk Across the Room”, Chair Pleasant (2019) activated the atrium of the museum and also added fashion and music performance components during the run to create a multi-sensory experience.

Last year, the New York-based artist participated for the first time in a group exhibition at the gallery alongside Lynda Benglis and Kelley Walker, followed by their inclusion in a rotating exhibition at the gallery’s seasonal location in Palm Beach, Florida. Currently on display in the gallery’s display space on West 21st Street in New York’s Chelsea neighborhood is Mack’s installation Landlord, “a painting in found fabric and an assemblage in space,” which is made up of lanes of multicolored fabric gathered and draped around flagpoles and umbrellas, according to one exhibit description.

In 2021, Mack received the Rome Prize from the American Academy, including a six-month residency, where the artist is currently researching the shells of Roman monuments by Christo and Jeanne-Claude.