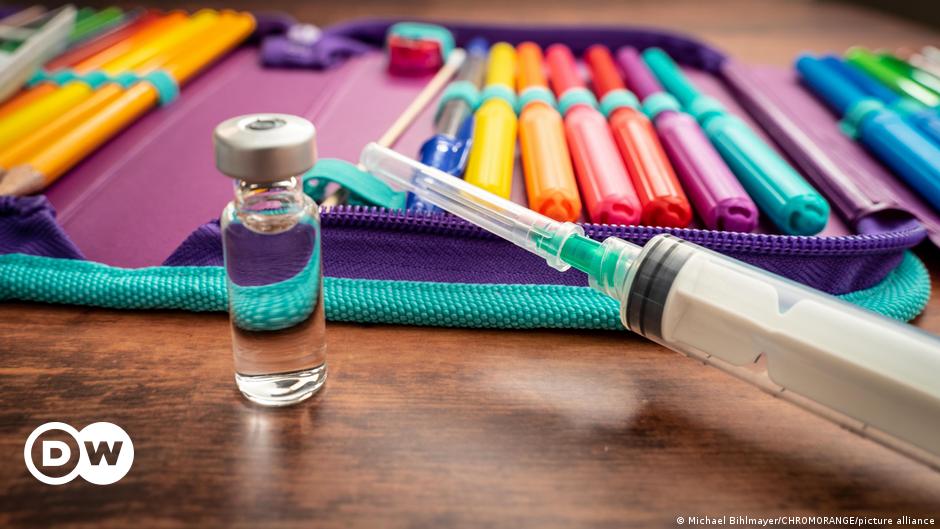 The European Medicines Agency, the EU’s drug regulator, approved the BioNTech-Pfizer vaccine, also known as Comirnaty, on Thursday for children aged 5-11. It is the first vaccine approved for children under 12 years of age in the 27 EU Member States.

The vaccine has been approved in the EU since May for use in people between the ages of 12 and 17 and for adults since December 2020.

The EMA said the vaccine should be given to children in two doses of 10 micrograms three weeks apart as an injection in the upper arm. Adult doses contain 30 micrograms.

“The benefits of Comirnaty in children ages 5 to 11 outweigh its risks, especially in children with conditions that increase the risk of severe COVID-19,” the EMA said.

The companies said a clinical trial on children ages 5 to 11 showed their vaccine to be 90.7% effective against the coronavirus. However, the studies were not large enough to determine whether the vaccine could cause rare side effects, such as breast and heart inflammation, which have been seen in mostly male older teens and young adults after the second dose.

The approval for younger children comes as Europe faces another massive wave of COVID-19 cases. The authorities in Austria, which has a very high number of infections, have not waited for approval from the EMA and have already started vaccinating the age group from 5 to 11 years.

In Germany and the Netherlands, children are now responsible for the majority of cases, and experts say vaccinating them could be vital to contain the fourth wave of the pandemic. The number of deaths from COVID-19 in Germany reached 100,000 on Thursday.

Children are now at the center of the rise in infections

The EMA’s approval now needs to be approved by the EU’s executive, the European Commission, before the vaccination can be rolled out to the 5-11 age group in EU member states. It usually follows EMA guidelines.

German Health Minister Jens Spahn said earlier this week that vaccine shipments for younger children in the EU would begin on December 20.

The Permanent Vaccination Commission of Germany (STIKO) will issue its advice on vaccinating children aged 5-11 before the end of the year.