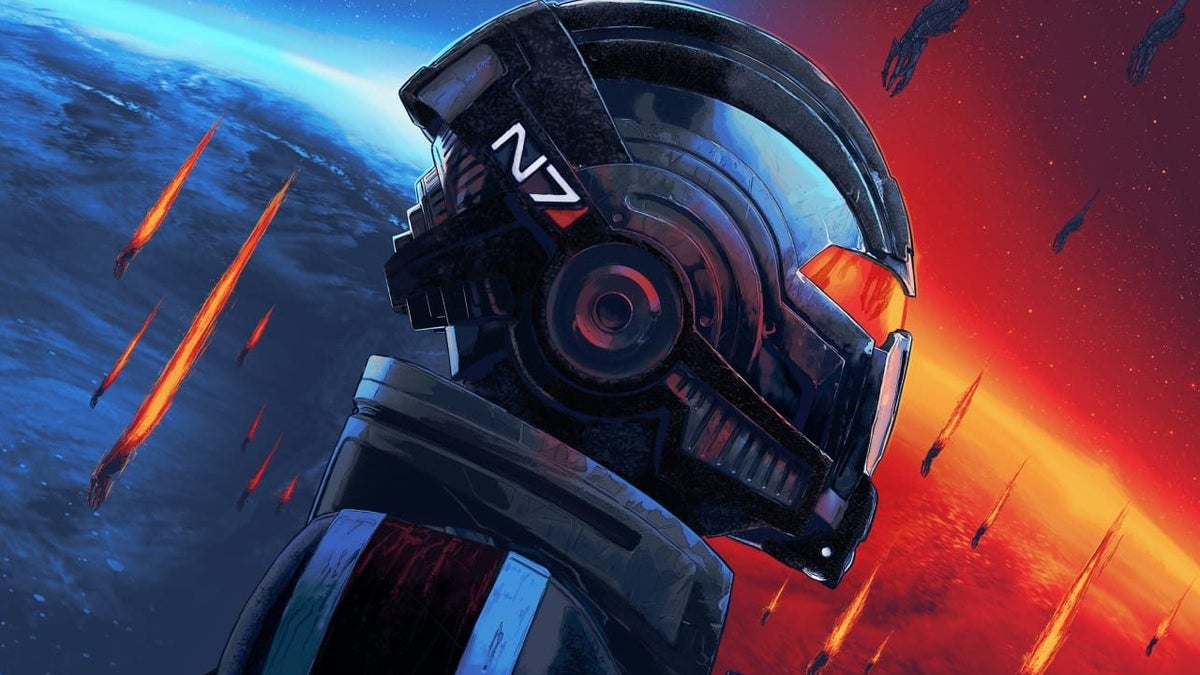 David Gaider, the former BioWare lead writer who worked on Dragon Age: Origins and Inquisition, has explained some concerns he has about a possible Mass Effect or Dragon Age TV series.

Earlier this year, reports emerged that Netflix was developing a Dragon Age series, and after Amazon Studios reportedly nearly struck a deal to develop a Mass Effect TV series, Gaider took over. Twitter to allay some of the concerns he has with both franchise switching media.

“I’m relieved to see that the Mass Effect/Amazon deal is for a potential TV series and not a movie,” Gaider said in a thread. “Still, the possibility (and Dragon Age too) makes me cringe a little, unlike a lot of fans who seem… excited?”

I’m relieved to see that the Mass Effect/Amazon deal is for a potential TV series and not a movie. Still, the possibility (and for Dragon Age, too) makes me cringe a bit, unlike many fans who seem… excited?

Gaider’s thread continues by explaining some of the factors that concern him. Starting with the main character himself, Gaider highlights the fact that both franchises allow the player to make custom changes and adjustments to the main character of the series. “[Mass Effect and Dragon Age] have a modified protagonist,” says Gaider. “This means the TV show has to choose whether the protagonist will be a man or a woman. Boom, you instantly alienated a whole bunch of the built-in fans who had pinned their hopes.”

The former lead writer continues to explain his thoughts on a possible series leader by suggesting that none of the franchise’s main characters are necessarily suited to TV audiences. “Those protagonists are designed to be a bit of a blank slate, one that the player fills in with their decisions. That’s not going to work for a passive medium. So suddenly the protagonist will have his own personality… and their own* story*. That will be weird.” he continues.

While Gaider’s thread begins by highlighting how a player’s choice can create some problems for any studio casting a protagonist, he draws on similar points for other factors in the game. The former lead writer points out that large parts of the storylines within each franchise are performed by the companions the main character chooses to meet. With this in mind, Gaider goes on to argue that future showrunners could inadvertently alienate large segments of their audience just by choosing which characters get smaller and larger parts on screen.

“Think of those companions,” Gaider writes in the thread. “Think about how much the fanbase is attached to them. Now consider the fact that in hell there isn’t a single story that could encompass them all equally. Think of the howl of rage when Companion X is relegated to a cameo…or there not at all.”

“Having a TV show instead of a movie of course opens up more companion options, but think about your own playthrough: only a handful of them had a meaningful presence in a single game. That’s going to have to be the case for this one.” story, to maintain coherence. A few companions, a romance.”

Gaider’s comments certainly raise some reasonable questions that potential showrunners should think long and hard about before taking either franchise further. With Amazon nearing a potential deal for a Mass Effect TV series, it will certainly be interesting to see what the writers come up with as the discussions progress.

Both series will continue as games alongside their possible TV adaptations. Mass Effect 5 has been confirmed and appears to be putting together an experienced team. Dragon Age 4 is also on the way, but just lost its creative director.