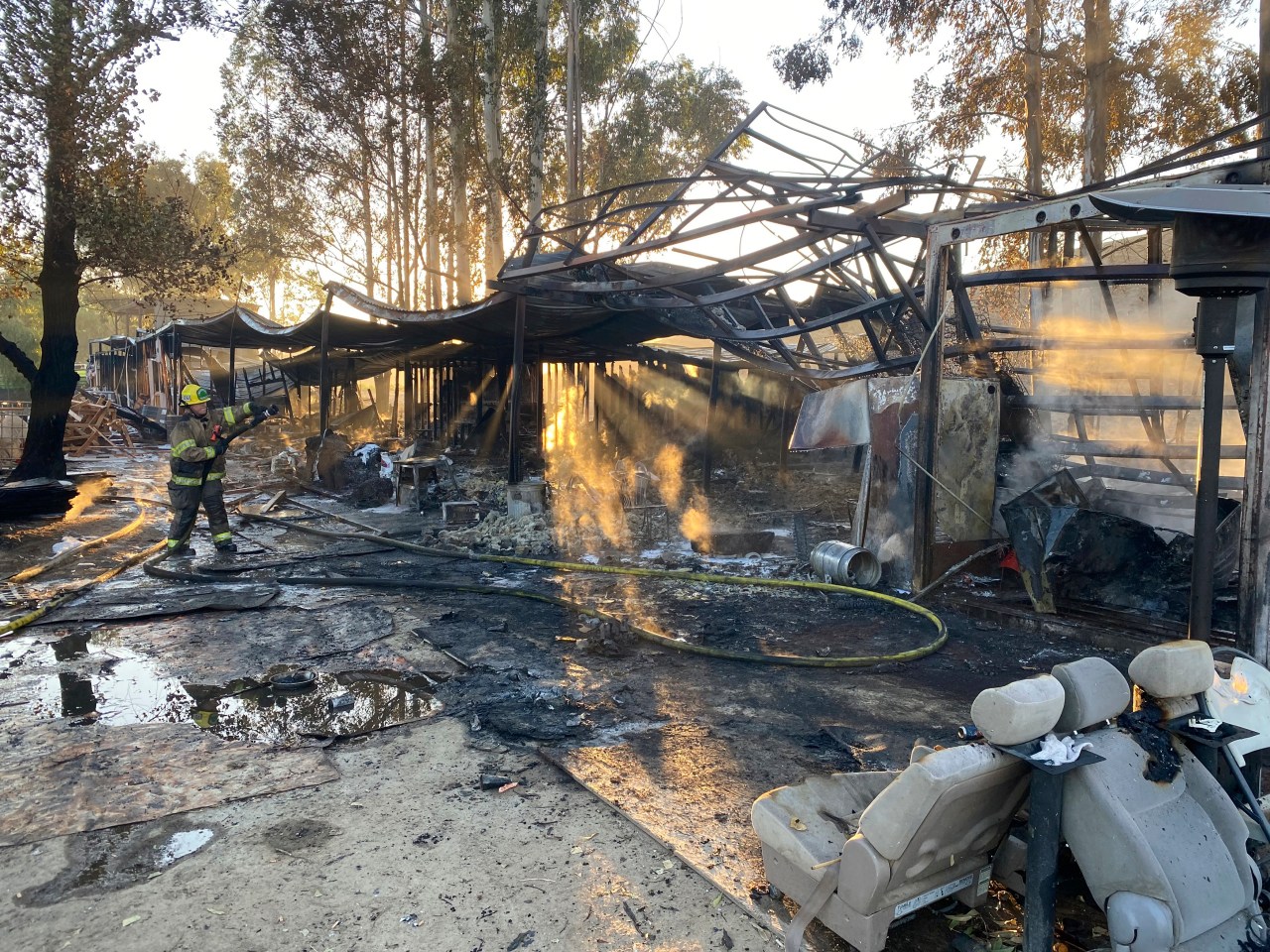 REDLANDS, Calif. (AP) — Authorities said they found more than 11,000 marijuana plants Wednesday in an illegal cultivation operation after one of the buildings caught fire.

The fire was reported around 4:30 a.m. on San Timoteo Canyon Road in Redlands, east of Los Angeles. It took firefighters about an hour to extinguish the flames and they discovered the marijuana operation, police said.

The fire is believed to have started in a residential area of ​​an outbuilding that had been gutted and a second outbuilding was damaged, police said.

Marijuana plants were found in the second building and thousands more in a third building that was undamaged, police said.

Police photos showed rows of plants in containers in a building that appeared to have an advanced growing system.

Investigators seized the plants and 38 kilograms of harvested produce, all of which will be destroyed, police said.

A dog found at the site suffered minor burns and has been handed over to animal control, police said.