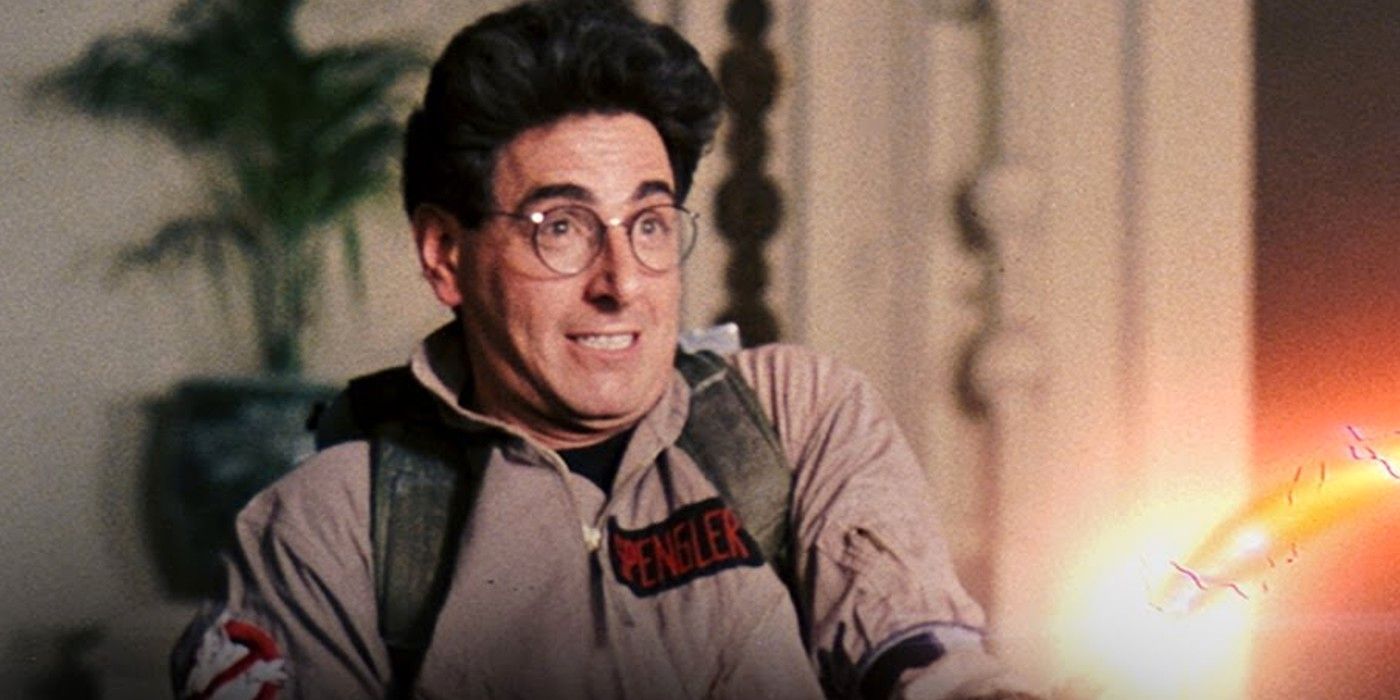 Violet Ramis Stiel, the eldest daughter of the late actor and filmmaker Harold Ramis, opened up about her feelings about the new film Ghostbusters: Afterlife. According to THR, Stiel had seen an early screening of the film several months before the premiere, and it proved to be both emotional and cathartic. If you haven’t watched yet afterlife for yourself, be warned that there are IMPORTANT SPOILERS BELOW that is mentioned in this story.

Ghostbusters: Afterlife will be directed by Jason Reitman, son of Ghostbusters and Ghostbusters II helmsman Ivan Reitman. Stiel has known the younger Reitman since childhood and it was remarkable for her to see Jason come to the helm of the franchise. She also noted that he was “perhaps the only person” who could “really honor the early movies and everyone in them, as well as make something for now and the future.”

Unfortunately, while personally he had tried for years to get another one Ghostbusters sequel made, Harold Ramis passed away in 2014. Gears were swapped and Paul Feig stepped in to present a new cast of characters in 2016 Ghostbusters: Answer the Call, and while that reboot is not without fans, it was heavily criticized upon its release. One of the main complaints fans had was that the film ignored the original continuity rather than re-watching the same story with the same Ghostbusters returning.

In this respect, Ghostbusters: Afterlife goes back in the other direction by putting its story in the same universe as the original movies, even though we usually follow all the new characters. This saw the return of several major cast members from the original, including Ernie Hudson as Winston Zeddemore, Dan Aykroyd as Ray Stantz and Bill Murray as Peter Venkman. Ramis couldn’t seem to physically return as Egon, but Jason Reitman came up with a touching and creative way to add a special cameo.

This moment was very emotional for a long time Ghostbusters fans watch because Harold Ramis had always been such an important part of the franchise and he is just missed so much. That’s especially true for those who knew him best, including Violet Ramis Stiel. In her THR interview, she describes how it felt to see her father Harold Ramis back on screen, something most of us never thought possible after his death in 2014.

“One thing that’s current about the film is yes, it’s a comedy, but it’s also about loss and grief. And we all have to deal with that. It was surreal. There are so many parallels to real life, but it’s just a movie. And he actually isn’t. It’s a character. Jason cleverly focused on capturing the Egon character and not necessarily my father. I feel like it really worked that way. Ultimately, it leaves us with that feeling: the people we love are always with us. They are not going away.”

Violet Ramis Stiel goes on to describe her thoughts on using CGI to essentially bring her father back to life for one last time in a Ghostbusters movie. While she admits it was a little “weird” at first, Stiel believes her dad would have appreciated the scene, especially in regards to how they made him look.

“It was so generous of him to make me feel like I was part of the making of the film, even though I wasn’t. I saw some concepts [of Egon] en route. It was so satisfying. They could have done him as this jolly Santa Claus type, but that wouldn’t have been true to the character. He was in great shape, beautiful and slender. My father would have loved that.”

Stiel previously wrote about growing up with the Egon actor as her father in the book Ghostbuster’s Daughter: Life With My Father, Harold Ramis, which was published in 2018. Carrie Coon, who plays Egon’s daughter in afterlife, spoke of how the book made her feel “touched” as someone playing the daughter of the late actor’s most famous character. You can read more on The Hollywood Reporter. Ghostbusters: Afterlife is currently in theaters.

Train to Busan Remake Title Revealed, Where Will the Zombies Go This Time?

A new report has seemingly revealed the title for the upcoming Train to Busan remake.

Jeremy Dick has been writing for MovieWeb and Horror Geek Life for years, is the self-proclaimed biggest fan of Bob Saget, and doesn’t like talking about himself in the third person.