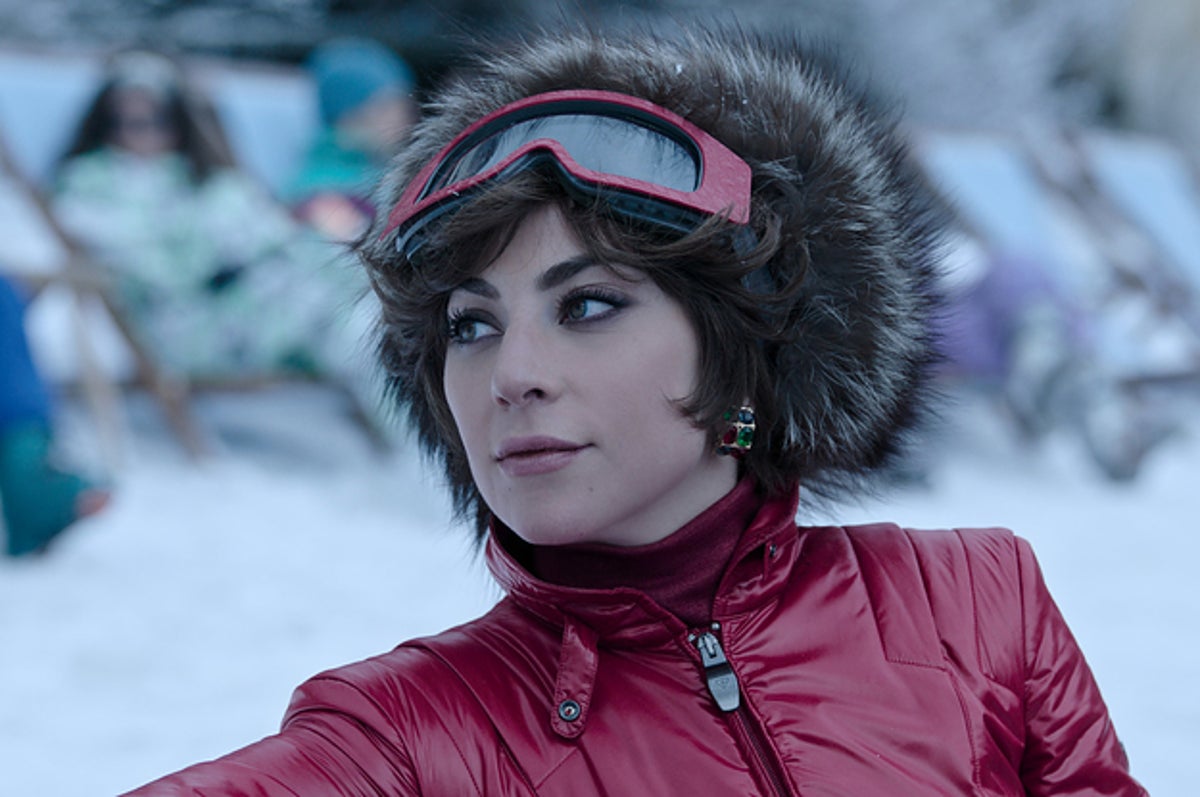 on the surface, House of Gucci sounds good. The Ridley Scott movie has a true crime, a flamboyant fashion background, and successionstyle family drama. Lady Gaga and Adam Driver play Patrizia Reggiani and Maurizio Gucci, the couple who disgraced the Gucci family name when Reggiani orchestrated her husband’s murder in 1995.

The photos that trickled out of the set of the actors in 90s white and cream snowsuits suggested promising transformations and a potential camp party; Gaga’s interviews about her thespian method (she even adopted a cat’s perspective to aid her transformation from Italian-American to Italian) puts Marlon Brando’s famous method of acting to shame.

But unfortunately not much of the work shows in the resulting film, which is unambitious and disappointing. There are glimpses of what could have been three separate stories in the nearly 3-hour film. But the messy script never even reaches good-bad territory; it gets loaded with dad jokes, bad plot twists, and thin characterizations — especially of the woman who is supposedly at the center of the action.

The House of Gucci Writer Becky Johnston’s screenplay is itself based on journalist Sara Gay Forden’s book of the same name, which is essentially a fashion reporter’s account of the family brand’s history. But the film is too obliging for mundane source material and never finds an angle to lean into with confidence. Instead, it tries to follow multiple lines, including the family backstory, the couple’s story, and the crime, none of which flow together into a cohesive plot.

Scott envisioned the film as an epic tale of the modern Medici, but as presented here, the Gucci fashion house’s backstory just isn’t that interesting. When Donatella Versace took over after brother Gianni’s murder, Which was a moment of commitment, a family dynasty that suddenly changed artistic direction and faltered in the era of corporate takeovers. This, on the other hand, is like a business story with no real drama.

We are treated to stereotypical dynamics between two brothers, Aldo Gucci (Al Pacino) and a dandy-esque former actor Rodolfo (Jeremy Irons), and their respective sons Paolo (Jared Leto) and Maurizio (Driver). Rodolfo is only in the film to express his dismay that Maurizio, a shy, bookworm lawyer, falls in love with Patrizia, the daughter of a truck company owner.

The scenes of their courtship, as Maurizio falls in love with Reggiani, are sweet and give a sense of the family dynamics she married. Gaga chews up her little scenes with fragility and intensity. The problem is, her role is at best incidental to the action, especially for a movie tagged “Her Rise Became Their Fall.”

The machinations of the brand – as the founder prefers his nephew to his son, and there is tax fraud – are not exciting to watch. Jared Leto is clearly having fun as Paolo with his caricature of a pompous, inept heir. (Although, given his accent, I half expected him to suddenly burst into a “pizza pie-ah” exclamation.) Driver is the better actor, but Maurizio is dull, and you crave some daddy issues or pettiness when the men of the family struggle over brand control. (Battle sounds too dramatic for what is essentially a collage of paper autograph scenes.)

Patrizia has been reduced to furious at how counterfeit products sold on the street affected the brand, in a sort of paralyzed attempt to hint at her feminine street wisdom. Apparently the real Reggiani was prone to comments like “I’d rather cry in a Rolls-Royce than be happy on a bike” and “My husband was like a pillow — he wore the print of the last one on it.” None of that dry humor is present here.

Although the guys make spay jokes about Patrizia (she’s got “my little peaches in a very tight grip,” Paolo says; “She’s got bigger mangoes than you,” his dad says), in fact, there’s no real idea of ​​what Patrizia wants. She turns to a TV psychic (played with kitschy taste by Salma Hayek) as her confidante who uses bromides to explain Patrizia’s motivations: “You want everything.” But we don’t really see ambition in Gaga’s Reggiani, flattened by the condescending Hollywood sympathetic women’s factory. Mostly seen through her relationship with her husband, she comes across as a desperate woman who is in love with her husband and just trying to empower him within the family.

When Maurizio leaves Reggiani for another woman, there is a scene where she has to deal with his lawyer who gestures to her feelings about her dignity being taken away. But there’s no real idea how that abruptly culminates in murderous fury and a hijink-y murder plot.

Gaga says she ignored the journalism about Reggiani to create her own portrait, and it shows, but not in a good way. Her role in the script is not so much held hostage by the real story, but by two impulses that seem endemic to contemporary storytelling: first, stories with a shiny object, obsession with crazy moments – for example, an arrest while Paolo’s opera star wife sings in the background. , or the spectacle of a TV psychic involved in a murder plot. These are dutifully played out as if incongruous details themselves make up a good story.

The second problem is the fear of turning women into shameless anti-heroes. There may be a real strategy behind that fear. Ramona from Jennifer Lopez in Hustlers more skillfully gripped the soul of a true crime girl boss, with a calm callousness that enabled her to put her own interests above those of others, but not without some warmth.

But critic Mark Harris sharply pointed out that this was exactly why Lopez was banned from the Academy Award fight. As a star and actor, Lopez did “everything wrong,” he argued. “She dared to play a character who used her sexuality as a professional survival tool and has no regrets; she committed the unpardonable sin of being sympathetic and then not; she took her public image and dramatically enhanced it and reworked it to fit a complicated character.”

Gaga has done the opposite in her own acting career. She’s taken her complicated public persona and simplified it to play recognizable women who can sell in big, wide-release movies. She played a sweet pop star friend who tried to save her husband on her first outing, and now a devoted wife who wasn’t exactly immoral, but maybe just loved her husband too much. Predictably, it’s already paying off with Oscar buzz.

“I don’t believe in the glorification of murder,” says Gaga in an excerpt from an interview that has gone viral on TikTok. “I do believe in women’s empowerment.” That’s fine as a statement of her own mores. But the whole point is that Reggiani had a more complicated code: She believed in murder as her form of individual empowerment. If only Gaga — and House of Gucci — had known what to think. ●