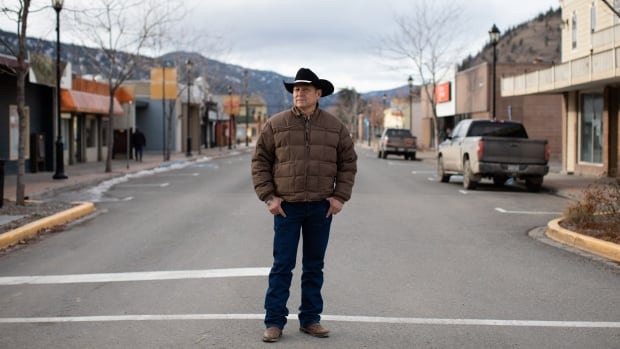 The leader of a 130-strong First Nation in BC’s Nicola Valley, which has been devastated by flooding, says he isn’t sure when people will be able to return home after being devastated by raging floodwaters two weeks ago.

“Our entire livelihood has been washed away in 30 hours. Things have been washed away…houses, fields, livestock and people. There are people [from the valley] still missing,” said Shackan First Nation Chief Arnold (Arnie) Lampreau.

The Shackan Indian Band is one of five First Nations along Highway 8 between Merritt and Spences Bridge.

After the neighboring community of the Coldwater Indian Band was placed on evacuation alert, the chief said he and others went door to door to warn the approximately 45 residents living on reserve lands.

About a dozen initially refused to leave, but the emerging flood eventually forced them to disperse in half a meter of water, he said.

None of his band members are missing, but it is believed that at least one 70-year-old woman from the area was wiped out with her home.

According to Lampreau, hundreds of residents on reserve land along Highway 8 initially fled to Merritt, which was later evacuated when the sewage system failed. They were then moved to Kamloops, where Lampreau said many had to wait in a hockey arena.

He said some indigenous people waited in their cars for hours – and in the worst cases, days – without food or assistance.

Almost two weeks after the rain-induced Nicola River floods landed in BC’s southern interior, Lampreau says no one from the provincial government has anything to do with him.

“I told Emergency Management BC (EMBC) to grind sand because they weren’t taking care of our people — we fell through the cracks,” he said.

The chief flew over the Nicola Valley on Wednesday to survey the losses, describing what he saw in a video call on Thursday from his Merritt band office, where he and councilors are coordinating relief efforts.

He said lines of telephone poles had broken down and heavy steel bridges had been “thrown out like toothpicks”, while some houses had been swallowed by water and “swept” by the river.

“Now there are only rocks and river. There is no more land between those rocks and the river,” he said.

He paused and wiped his eyes.

“It’s heartbreaking. It’s hard for me to sleep at night,” Lampreau said.

In a public daily briefing today, Secretary of Public Safety Mike Farnworth says Emergency Management BC is focused on helping people evicted from properties along Highway 8.

He said the military is assisting by helicopter with food and supply drops and assessing highway safety.

He also said the county is working with the federal government to determine what is available for disaster relief, especially for farmers and ranchers who have lost everything in flood plains.

CBC has contacted EMBC and the province for further comment.