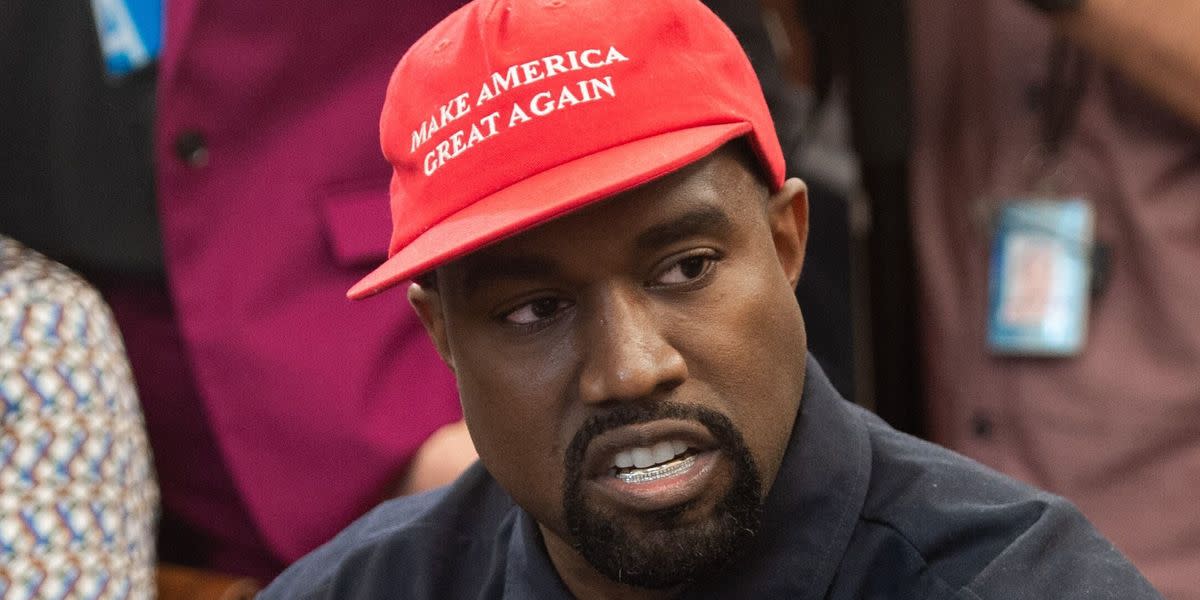 According to the hip-hop mogul, Kim Kardashian West was less than happy to be wearing a “Make America Great Again” cap by Kanye West during the rapper’s ill-fated 2020 run for president.

“My goodness, my wife didn’t like that I was wearing the red hat,” the artist, now called Ye, revealed in a video titled “Thanksgiving Prayer,” which he shared on Instagram on Thursday.

Kardashian West “wanted to protect me and our family,” West said, but he had “targeted them by not aligning themselves with Hollywood’s political stance and that was hard on our marriage.”

West’s candidacy for president “embarrassed” Kardashian West because of “the way I presented information about our family at the one and, thank God, only press conference,” he added.

West referred to Kardashian West as his “wife” in the video.

The couple filed for divorce in February, but West reiterated his hopes for reconciliation earlier this week. There are now rumors that Kardashian West is in a relationship with ‘Saturday Night Live’ star Pete Davidson.

West wore a MAGA cap during his self-funded and ultimately failed bid to win the White House, even stating that he felt “like Superman” during a wild 2018 exchange with then-President Donald Trump.

Trump and West flooded each other during the former’s presidency, until the musician stated in a somewhat contradictory interview in July 2020 that he was “taking off the red hat”.

This article originally appeared on HuffPost and has been updated.