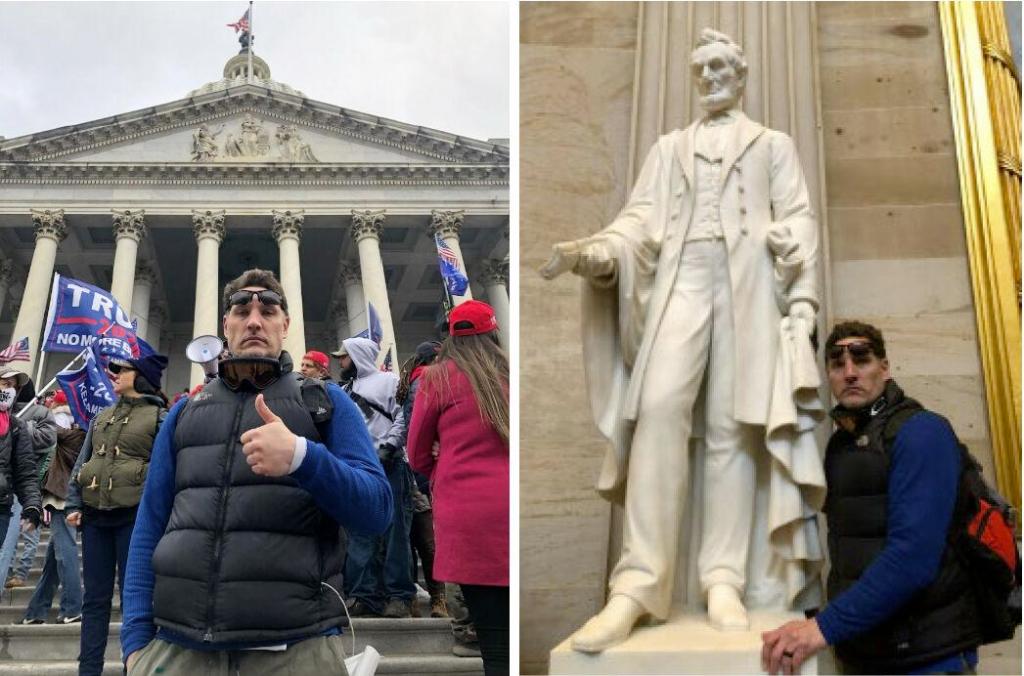 A Lancaster County man facing criminal charges over the Jan. 6 attack on the Capitol by supporters of former President Donald Trump pleaded guilty in federal court on Monday.

Edward McAlanis of East Cocalico Township pleaded guilty to one of four charges he was charged with as part of a deal with prosecutors.

During a virtual hearing before U.S. District Judge Dabney Friedrich in Washington, McAlanis pleaded guilty to one count of parading, demonstrating, or picketing inside the Capitol. Accusations of entering and staying in a restricted building, disorderly and disruptive behavior in a restricted building, and violent entry and disorderly conduct on the Capitol grounds were dismissed.

The charge, which McAlanis pleaded guilty, carries a maximum sentence of six months in federal prison and a $5,000 fine. The judge had scheduled a ruling in February.

As part of the plea deal, McAlanis admitted entering the Capitol just before 3 p.m., though he knew he wasn’t supposed to. He acknowledged that he was in the building for about 10 minutes and took pictures while inside.

The plea deal nearly fell apart when McAlanis, in response to a question from the judge, said that at the time he entered the Capitol, he was unaware that he was not allowed to enter the building.

“I didn’t know I was committing a crime by going in or I wouldn’t have done it,” he said.

The judge said the agreement indicated that he was aware, and that she could not accept the plea if he now said he did not know he was breaking the law.

“If he didn’t know the moment he entered the US Capitol building that he didn’t have permission to enter the building and walk around there, I don’t think I can take this plea,” Friedrich told the attorney. of the defence. Frank Sluzis.

The judge suggested that Sluzis discuss the matter with his client before proceeding. After a short pause, McAlanis reappeared at the virtual hearing and told the judge that he knew he was breaking the law when he entered the Capitol.

According to a criminal complaint filed in US court in Washington, a tipster contacted the FBI four days after the attack to report that McAlanis was inside the Capitol during the uprising.

The tipster provided two photos that McAlanis had sent to one of their mutual friends. One of the photos showed McAlanis outside the Capitol, and the other showed McAlanis posing with a statue of Abraham Lincoln inside the building.

On May 20, the FBI identified a cell phone number associated with McAlanis and determined that the phone was in an area encompassing the interior of the Capitol during the riots. Investigators also obtained records from AT&T and Facebook that tied McAlanis to the number.

At the time of his arrest, McAlanis was chairman of the East Cocalico Township Recreation Board. He has since sent a letter to the council’s supervisors saying that he would be taking a leave of absence from the post where he made the allegations against him.