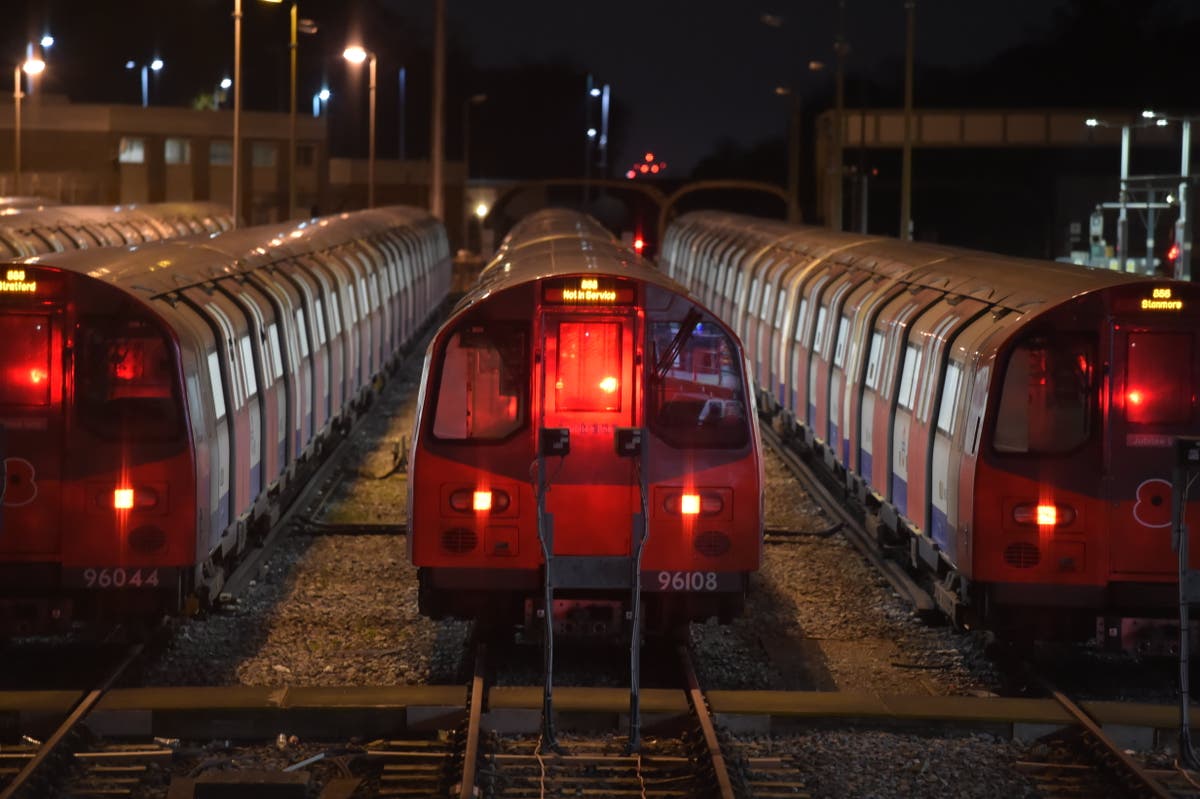 nion chiefs came under fire on Friday after a Tube strike prevented thousands of commuters from going to work and dealt a serious blow to London’s economy on one of the busiest shopping days of the year.

The RMT spur closed off the Piccadilly line – which does not include tube services to and from Heathrow – and the central section of the Central line serving Oxford Street and Winter Wonderland in Hyde Park.

Businesses said the strike was “disgraceful”, while Transport Secretary Grant Shapps said: “This is the last thing Londoners need.”

Service did run on the Victoria, Jubilee and Northern lines, which were also targeted by the RMT, although not as often as usual.

There was normal service on the underground lines such as the District and Circle, which were not subject to industrial action.

Transport for London said it was using 58 percent of normal services on the tube at 9am. The number of passengers dropped by about 30 percent last Friday, but the number of bus trips increased by four percent.

This probably means about 600,000 fewer subway rides throughout Friday, a total of 2 million compared to about 2.6 million last Friday.

There were pickets outside some metro stations and the RMT declared the walk-out – over the driver rosters for the Night Tube – “rock solid”. But TfL bosses said the RMT hadn’t been as successful as hoped and believe some members showed up for work.

Andy Lord, director of London Underground, told the Standard: “I’m disappointed we got the promotion, but I’m quite happy with the level of service we’ve provided. It is clearly disruptive and we wanted to avoid it if we could.

“The Piccadilly Line and the Central Line have been the most affected. On the other lines we have a full end-to-end service, but with lower frequencies.

“I am very, very sorry to our customers and businesses in London who are affected and inconvenienced by the strike. I’m really sorry that someone was affected by a totally unnecessary industrial action.

The strike will last until 430 p.m. Saturday.

A small number of trains ran between Arnos Grove and Cockfosters on the north side of the Piccadilly line Friday morning.

But Mr Lord said it was “unlikely” that further sections of the Piccadilly line would reopen. Nor had he expected the restart of Central Line services between White City and Liverpool Street.

The RMT’s next strike will begin on the Victoria and Central lines on Saturday, in an attempt to derail the Night Tube’s restart.

A dress rehearsal on Friday evening will reveal how many drivers are expected to show up at work Saturday evening. TfL expects to have reduced Night Tube service on the Victoria line, but is unsure about the Central line, which has more RMT members.

Commuters, business leaders and politicians came to RMT and said they are hurting London.

Mr Shapps told LBC: “I make an absolute appeal to the union not to disrupt anyone’s lives. We have already had enough disruption due to the coronavirus.”

Nickie Aiken, the Conservative MP for the boroughs of London and Westminster, said: “It means visitors cannot enter and neither can workers and they are the two groups of people who keep London running.”

Jace Tyrrell, CEO of New West End Company, said: “The underground strikes are a devastating blow to London’s West End as businesses looked to take advantage of what should have been a phenomenal Friday leading up to Christmas.”

London First CEO John Dickie said it was “disgraceful” for the RMT to strike at a time when TfL was desperate for money. “In the run-up to Christmas, as London businesses and Londoners try to recover from the pandemic, it’s also self-indulgent,” he said.

Passenger Costas Rico, 25, who was on his way to work at Heathrow but had to make other plans when he discovered Northfields station was closed, said: “It’s ridiculous. We are trying to recover economically from a pandemic and now this. It’s not right.”

Miles Chapman, 22, who works at a publishing house in central London, was greeted with a locked gate at Bounds Green.

He said: “I loved going back to the office after the pandemic and this strike is stopping people from going in. It’s very frustrating.”

Leanne Smallman, 30, a shop assistant, said: “I’m really angry. Now I have to catch a bus and I am half an hour late. I find it appalling that the Tube workers are holding back the public from doing their business over petty grievances.”

“Given what the West End has been through over the past 18 months, this is a cynical gesture to interrupt the Christmas spirit for Londoners and business.”

He said: “It is deeply insensitive of both the unions and TfL to subject the public to this strike…especially on what is going to be a very busy Friday in the West End.”

“This is just the beginning of a program of action and the mayor and his officials must recognize our determination to champion progressive and family-friendly work practices. We remain available for consultation.”