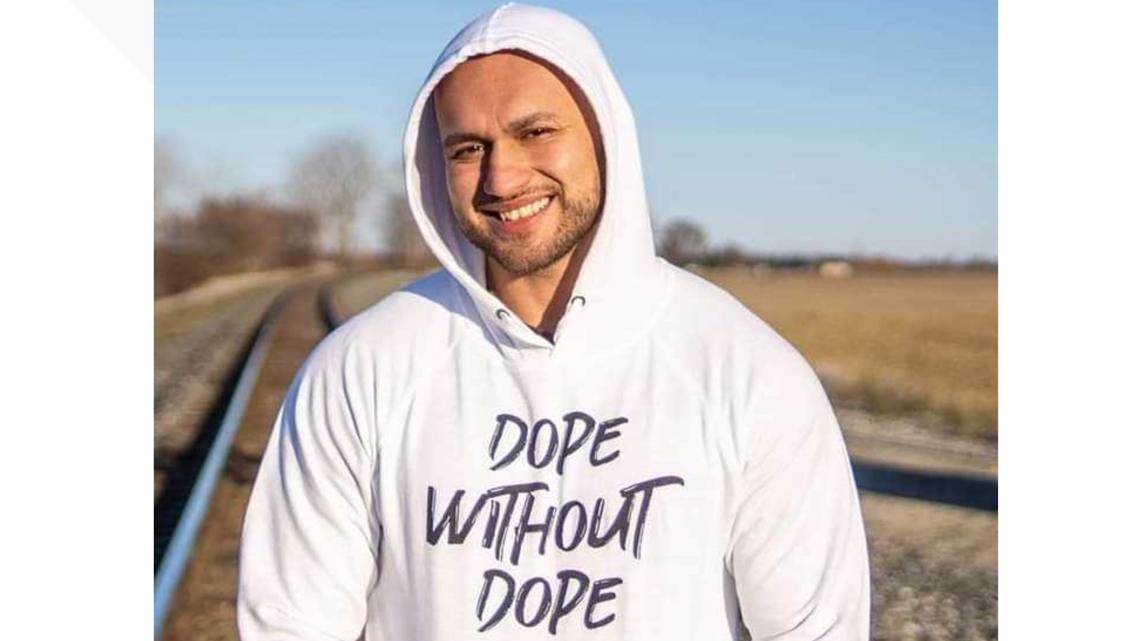 Richie Webber has been sober for 7 years and has already embarked on a 6 month journey to all 50 states to promote mental health recovery and awareness.

CLYDE, Ohio – With seven years of recovery, a Clyde resident shares his story of addiction, treatment, and recovery in all 50 states.

Richie Webber sat at his mother’s kitchen table and used his most powerful tool to connect with people struggling with addiction: his phone.

With nearly 220,000 followers on Facebook, he shares stories about his success and that of others.

He recently took those stories with him and embarked on a six-month mission of 50 states.

“I meet other recovery advocates across the country, some of them have big social media followers like me, and then I also meet local law enforcement officers, judges, other lawyers themselves and their parents,” Webber said.

Eight states in, he’s home for Thanksgiving, thankful for the experiences he’s already had. And extra thankful that he was able to help a mother connect with her son.

“People would actually pay him to get high and do these stunts in front of the camera that would endanger his life, and she felt I was the only one who got through to him. So I met him, talked to him and convinced him to get treatment,” Webber said.

RELATED: Drug overdose deaths in the US hit unprecedented levels

WTOL 11 spoke to Andrew’s mother on the phone, who confirmed the story. She says her son has been battling an addiction since he was 13.

She follows Webber’s page and contacts her.

That same day, Webber was in the same town as her son.

Webber found him, took him to a hotel, and drove him to the airport the next morning to board a flight to his treatment center.

Today Andrew is two weeks clean and his mother is cautiously hopeful.

For Webber, he has seen the good and the bad, which motivates him to continue the same mission 42 more times.

“I was an addict, I got five years in prison, I’m a five-time convicted felon, I had no car, no job, no money and no hope,” Webber said. “But by finding recovery, I can now travel across the country helping other people and hopefully inspiring them to do the same.”