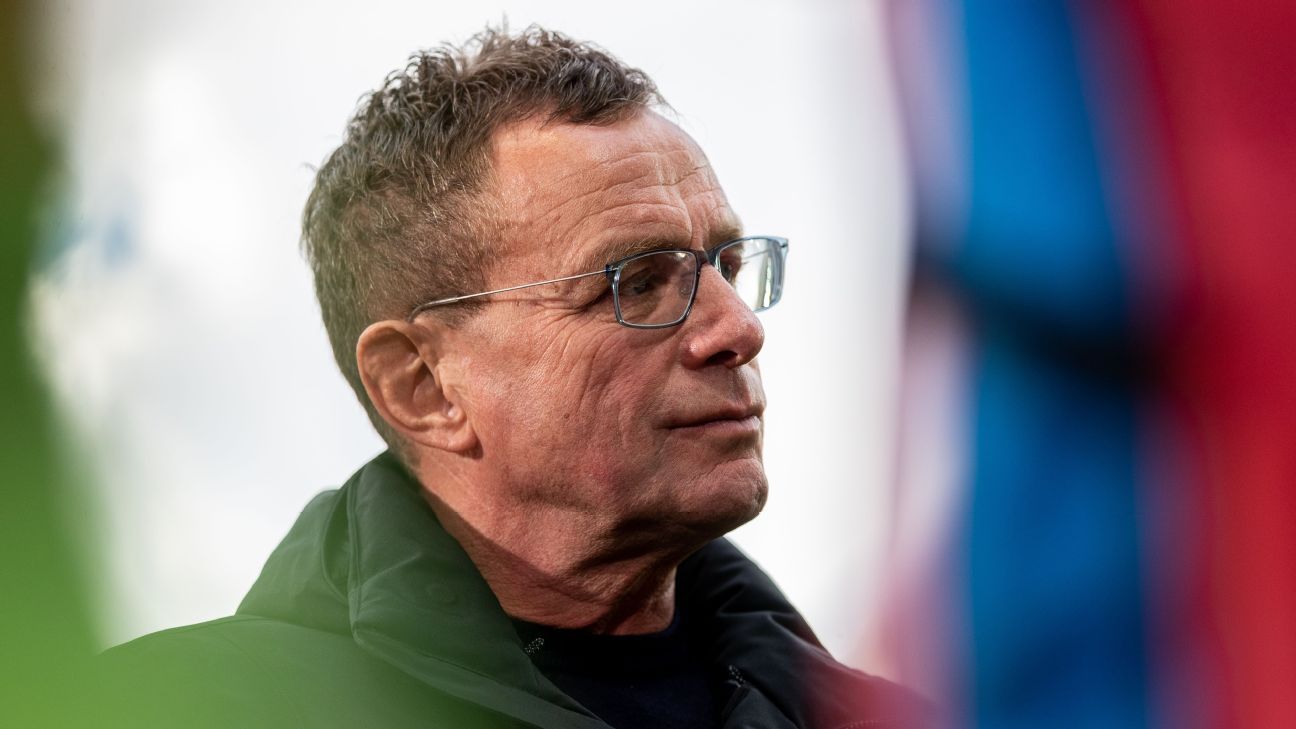 Manchester United are in advanced talks to appoint Ralf Rangnick as the club’s interim manager until the end of the season, sources told ESPN.

Rangnick, 63, will leave his role as head of sport and development at Lokomotiv Moscow and sign a six-month contract at Old Trafford.

Sources close to Rangnick initially distanced him from the role at Old Trafford when ESPN reached out to him following Solskjaer’s departure. Sources added that a breakthrough was achieved when a consultancy role was offered as part of Rangnick’s move to the club. The exact terms of the consultancy role are yet to be determined, but Rangnick is expected to remain with United in some capacity once his interim tenure ends.

United have yet to officially confirm whether Rangnick will join, but a source added that talks were at an advanced stage.

– The Godfather of Gegenpressing: How Ragnick Revolutionized Football
– Marcotti: What is Man United’s plan after Solskjaer?
– Ogden: Pochettino is open to job at United, but can it happen?

The German is unlikely to take the lead in Sunday’s Premier League game against league-leader Chelsea due to work permit reasons, but his first game as manager could be against Arsenal on December 2.

United have been looking for an interim manager since the sacking of Ole Gunnar Solskjaer after the humiliating 4-1 defeat at Watford last week.

Former midfielder Michael Carrick is currently in charge, leading them to a 2-0 win over Villarreal on Tuesday to secure a place in the knockout rounds of the Champions League.

Sources told ESPN that United were in talks with former Barcelona manager Ernesto Valverde and that Lucien Favre, formerly with Borussia Dortmund, was also on their list.

According to ESPN sources, Paris Saint-Germain manager Mauricio Pochettino is United’s long-term target, but the club had rejected an initial inquiry into his immediate availability.

Sources added that Pochettino would be excited about the vacancy at Old Trafford but is under contract in Paris until 2023 after signing an extension in the summer.