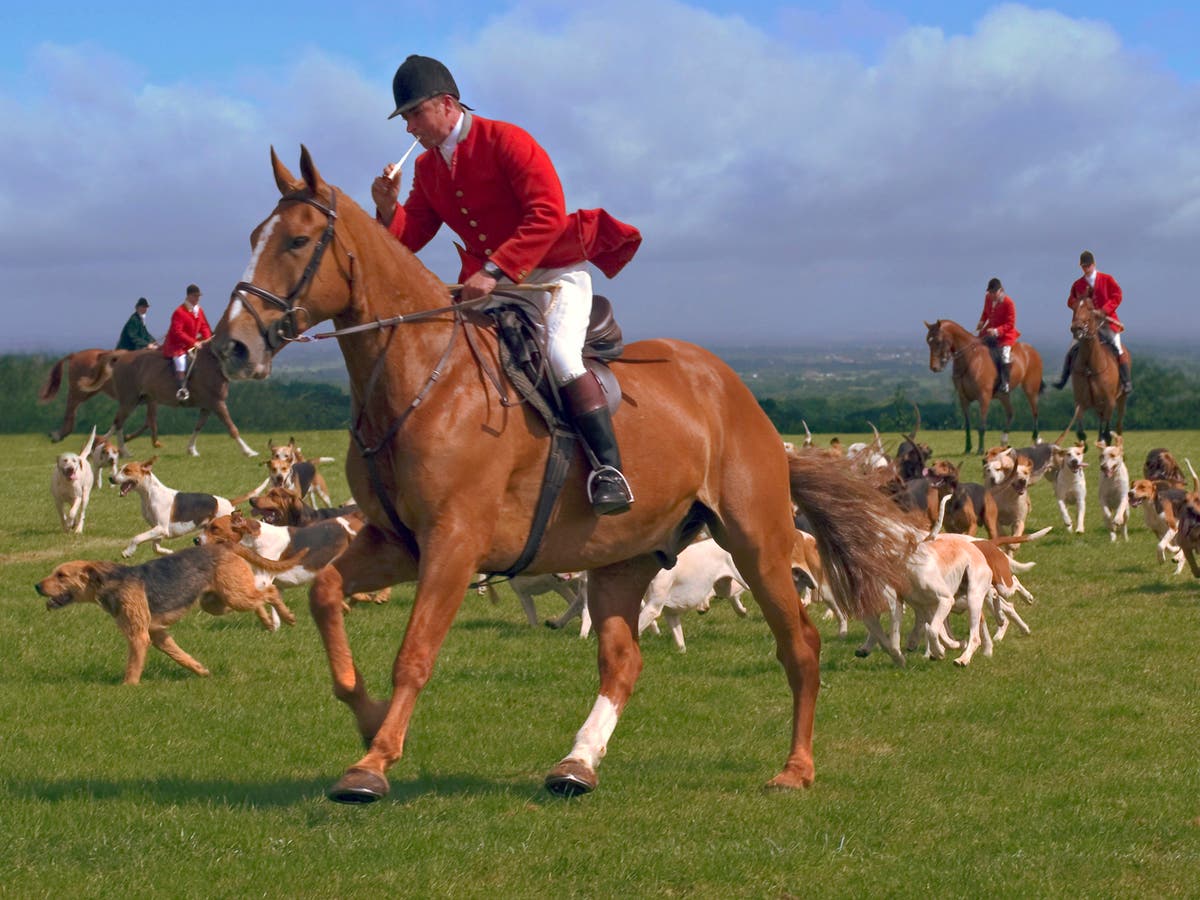 The National Trust, one of the UK’s largest landowners, has announced that the charity will no longer issue permits to hunt on their land – nearly a year to the day since the temporary suspension of activity.

The board of trustees agreed to follow an overwhelming vote from members last month that the activity should stop.

The Hunt Saboteurs Association predicted that some hunts would disappear as a result of the decision.

Other opponents, who have fought for years for the trust to ban “trail” hunting, have also cheered.

They claim that track hunting is a smokescreen for chasing and killing real wildlife, including foxes. Hunters have claimed that since fox hunting was banned in 2004, they follow an artificial scent trail to stay within the law.

But the trust temporarily stopped issuing licenses last year after the leak of webinars in which leading hunting figures discussed tactics, including how to create the appearance of tracking scent trails.

Other landowners, including United Utilities and Forestry England, have also ceased operations on their land.

As a result of the online meetings, Mark Hankinson, director of the Masters of Foxhounds Association was found guilty and ordered to pay £3,500 – in what was seen as a landmark ruling.

Lee Moon, spokesperson for the Hunt Saboteurs Association, said: “The National Trust board has made the only sensible decision, listening to their membership and permanently banning trail hunting on the organization’s 620,000 acres.

“Along with the recent decision by Natural Resources Wales, more than a million hectares of countryside are no longer hunted and more are sure to follow.

“We expect some hunting parties to disappear completely and others face an increasingly difficult future as they compete for land on which to carry out their illegal acts.

“We are increasingly seeing municipalities ban hunting at their facilities on Boxing Day and New Year’s Day, a sign, if necessary, that ordinary people are tired of the hunting community and their blatant disregard for the law.”

The League Against Cruel Sports cautiously welcomed the National Trust’s decision, but said it was concerned it didn’t go far enough, because without a “complete and explicit ban” fox hunting could still take place.

Chris Luffingham, director of campaigns, said: “The voices of their members could not have been louder, sending a clear message to the board of trustees that enough is enough and that trail hunting on trust lands should be banned.

“The board has recognized the power of feeling among its members and the public in general, who are more aware than ever that so-called trail hunting is being used as an excuse – a smoke screen – for illegal hunting.

“However, Hankinson’s recent verdict has shown that the hunting community cannot be trusted from above, and in the absence of a definitive ban it could lead to foxes being chased and killed by hunting.”

Leading wildlife activist Dominic Dyer said the decision now also puts pressure on the government to ban hunting on their land and private landowners to do the same.

“It puts enormous pressure on George Eustice [environment secretary] to tighten up the Hunting Act, to end the hunting of tracks, to stop the activities of terrier males and to start working seriously on the implementation of the Hunting Act legislation of 2004, which is what we should be seeing in a modern civilized country .”

The Hunting Office, which runs the hunt in Britain, said it hopes to discuss the decision with confidence.

A spokesman said the decision was “hugely disappointing” and claimed it was the result of “a manipulated campaign by opponents of spore hunting to bully landowners into stopping a legal activity”.

“Hunts have had access to National Trust land for generations and the decision completely goes against the National Trust’s core mantra ‘for all, forever’. We hope that we can maintain an open dialogue with the trust and further consultations after the review we are currently conducting,” they said.

Tim Bonner, chief executive of the pro-hunt Countryside Alliance, said the National Trust’s decision broke a fundamental principle of “being for everyone.” He said: “By banning any legal activity, it has decided that it is really only for those the board approves.

“The inability of administrators to distinguish between the legal use of dogs and the management of the hunt is extremely deplorable.”

Last week, Keswick City Council told the Blencathra Foxhounds, one of the largest fox hunts in the North West, that it would no longer be welcome to meet on Boxing Day or any other time in the city center.

A United Utilities spokesperson said: “We continue to understand the implications of the [Hankinson] verdict. This includes assessing whether we have the resources necessary to facilitate and control the hunt for traces. We also need reassurance from the yachts on how they will comply with licenses and the law. Until this is completed, the hunt for traces on our land will remain suspended.”

Forestry England said it would not make any new decisions on hunting hunting dogs or hunting dogs until all legal proceedings and the Hunting Office’s assessment were completed.