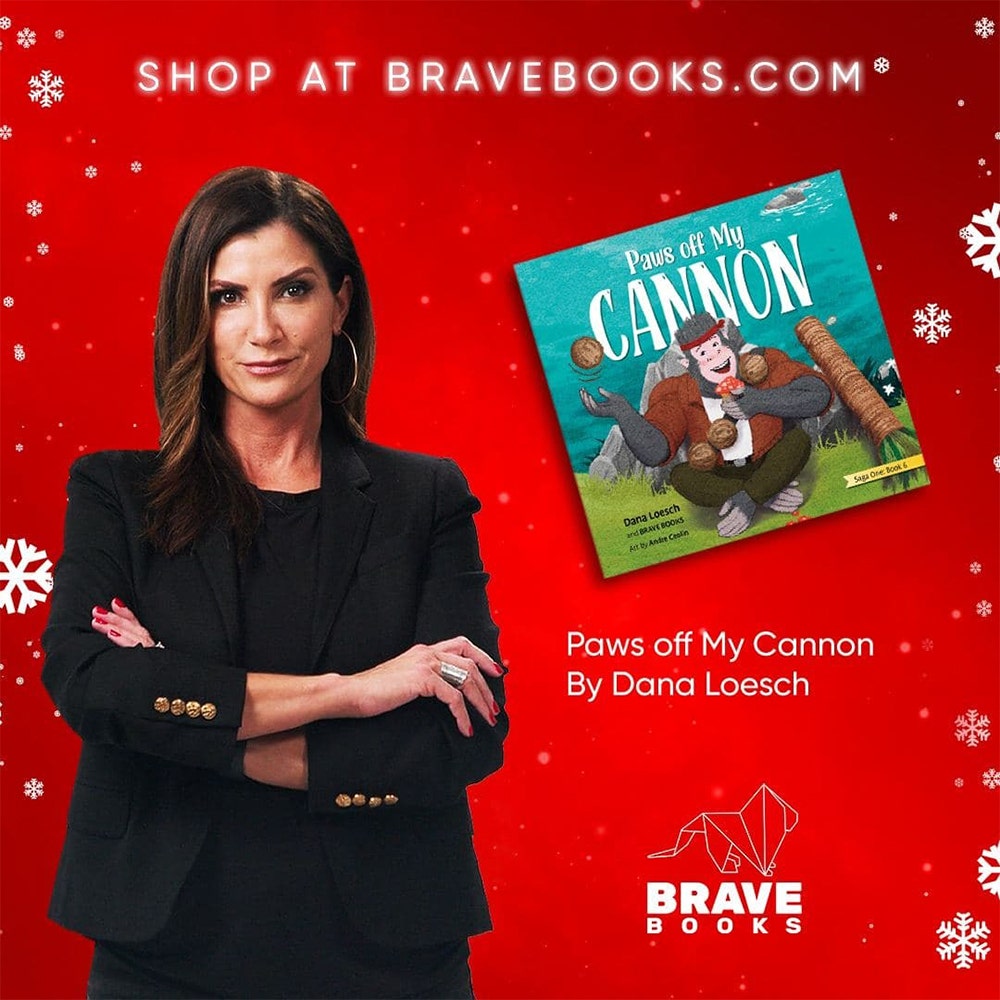 Dana Loesch about shooting in Alexandria

Former NRA spokeswoman Dana Loesch has written a fun yet engaging children’s book about the right to have and bear weapons, and Army veteran Graham Allen has written a book on the value of always telling the truth.

Brave Books is releasing these two new books just in time for Christmas and is running a special promotion between Black Friday and Cyber ​​Monday.

“With Paws off My Cannon, we are teaching the next generation to value the right to bear arms,” Loesch told FOX Business. She said the book “isn’t just a platform for a political argument. It represents the need for self-defense in a fun way that kids will enjoy.”

“Paws off My Cannon” tells the story of Bongo, a gorilla who loves cupcakes. But when hyenas armed with coconut cannons come to steal the cupcakes, Bongo must use a cannon of his own to chase them away. Half the city wants to ban guns, but Bongo insists on keeping his guns, and his heroism saves the day.

“Bongo embodies the type of character that everyone wants to cultivate in their children,” Loesch said. “He is genuinely concerned about protecting everyone in his city, even those who disagree with him.”

“We emphasize the villainy of using one thing to harm another and the heroism of defending innocents, no matter how deadly or laughable the weapon,” she added.

She noted increasing violent crime across the country and the riots of the summer of 2020. “We’ve seen riots, looting and acts of violence – even murders – go unchecked,” she argued. She warned that “coddling criminals and reducing deterrents… is tearing our nation at the seams and people living in fear. When we respond to threats by removing the best way to defend ourselves, it only creates more chaos.” and violence.”

“The truth is that guns are the safest and most effective tool we can use to protect and defend ourselves and our families,” Loesch said in a promotional video for the book. “Taking guns away from the good guys doesn’t take the guns away from the bad guys.”

Brave Books is also releasing “Son of Truth,” written by Graham Allen. Allen has served in the US military for more than 12 years, has launched numerous radio programs and is a candidate for US Congress in South Carolina.

His book tells the story of Valor, a tiger with a big secret. Valor works hard to lead the cadets and become the top commander of the Shivermore Warrior Academy, but he must choose between his dream and clinging to the truth.

“In my book, we show that Valor did what he knew was right — he told the truth — and he accepted the outcome, no matter how unfair it was,” Allen told FOX Business.

“In American society today, we see an urge to protect people’s feelings,” he noted. “Of course, sometimes this is a good impulse that brings more unity and compassion. But we should never elevate feelings so high that we sacrifice the truth.”

Allen said he drew inspiration from America’s founders. “The Founding Fathers were determined to fight for justice despite the adversity,” he said. “They went the extra mile and spoke out, even when others wouldn’t hear it. That’s the character we want to cultivate in our readers.”

In a video promoting the book, Allen declares that “the world we live in is built on a foundation of lies,” citing President Biden and the bias of the old media. He says he wants to raise his children to value honesty and integrity, qualities he says are sorely lacking in a society that puts feelings over facts.

Elizabeth Johnston wrote ‘Little Lives Matter’, about the sanctity of life. Jack Posobiec wrote ‘The Island of Free Ice Cream’, in which he showed the dangers of communism. Rep. Dan Crenshaw, R-Texas, wrote “Fame Blame and the Raft of Shame” about cancellation culture. The Hodgetwins wrote ‘More Than Spots and Stripes’, which they use to vaccinate children against critical race theory.

“Paws off My Cannon” and “Son of Truth” trace the origin and lay the groundwork for more books in the series.

GET FOX BUSINESS ON THE GO BY CLICKING HERE

Between Black Friday and Cyber ​​Monday, customers can get the BRAVE Books Treasure set at a 20% discount with the code “gift20”.