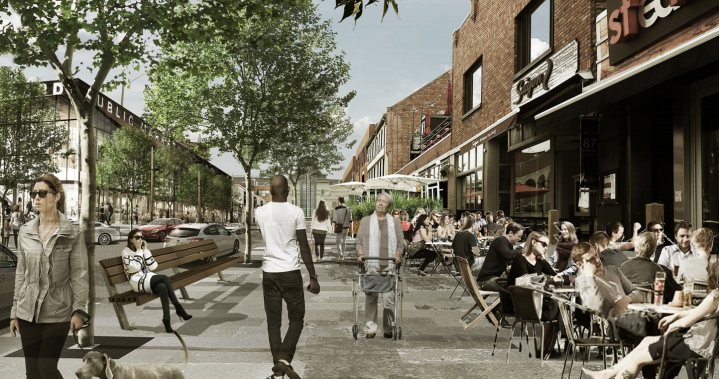 The Ottawa City Council unanimously backed a proposed $129.1 million plan to rejuvenate the ByWard market, though any transformation will require funding commitments from higher levels of government.

The Council approved the plan, which could see the redevelopment of the parking garage at 70 Clarence St. and new pedestrian-friendly infrastructure, at its first 2021 meeting on Wednesday.

Among the “major steps” proposed in the ByWard Market Public Realm Plan are the introduction of a new pedestrian ridge along William Street, wider sidewalks, a new “destination building” and public plaza, improved greenery and flexible public spaces for events. . The plan also includes new public sanitation facilities as part of the zoning building.

The price tag attached to the plan is split into a dozen total projects and will require funding from higher levels of government, city officials said.

But the city council’s approval of the plan was a necessary first step to attract that investment, said Court Curry, a member of the city’s urban design team.

Some councilors expressed concern about enlisting federal and provincial support focused only on the core, while infrastructure gaps still exist in departments across Ottawa.

But others on the council pointed to the ByWard Market’s role as a tourist attraction in the nation’s capital as reason enough to give the historic hood a boost.

He also suggested that the opportunity to redevelop the parking garage’s current location could attract private sector funding.

“This is a big request for dollars, but this is the first step on the journey,” he said, noting that any municipal dollars will likely be spread across multiple annual budgets.

In his 2021 State of the City address, Watson also said he plans to chair a new organizing committee in preparation for the ByWard Market’s 200th anniversary celebrations in 2027.

While there are no guarantees or set timelines as to when the revitalized ByWard Market will be complete, Watson said the hope is to have the market “in the best possible shape” by its bicentennial.

The mayor presented the anniversary as an opportunity to repeat the city’s success with the Canada 150 celebrations in 2017, bringing millions of visitors and tourist dollars to the city.

He even teased the possibility of a repeat of La Machine, which brought huge living sculptures to the streets of the capital.