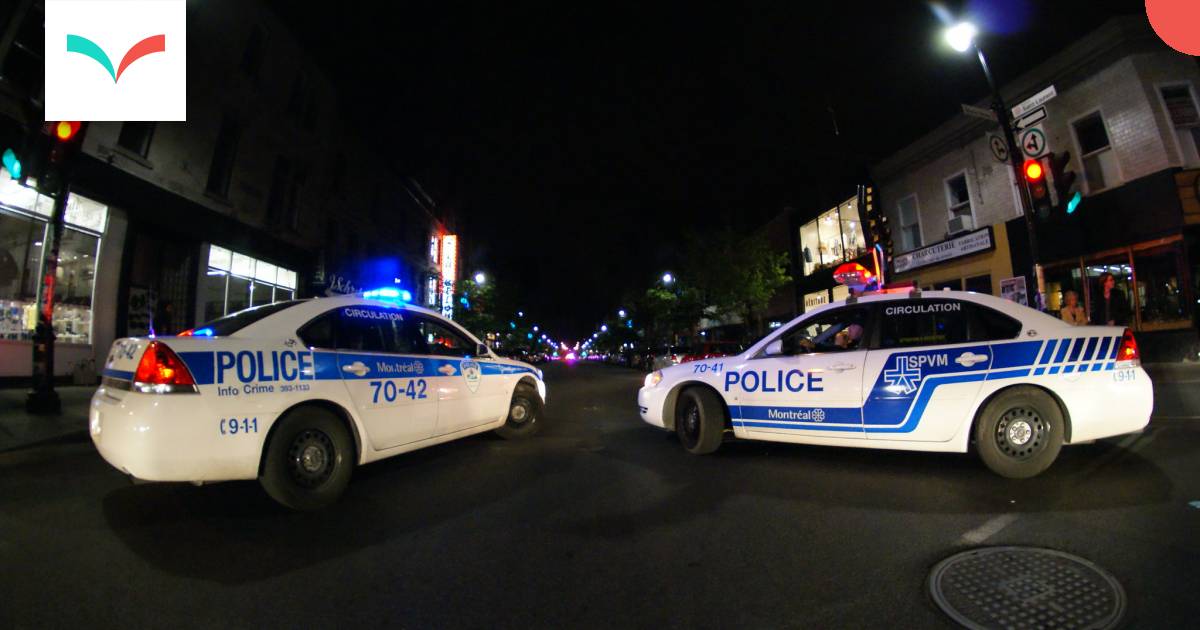 When Philippe-Arthur Jérome found his roommate bleeding and in the throes of a panic attack, he did what most of us are taught to do in an emergency: he called 911.

Little did he know that his plea for help would end with him being tackled, suffocated, handcuffed and charged with a crime by four police officers. All because his roommate asked Jérome not to let the police in to deal with a health emergency.

“It was just the most absurd response to someone asking for help,” said Jérôme, who lives in Montreal’s Milton-Parc neighborhood. “We needed an ambulance or a mental health professional, not someone with a badge and a gun.”

He says the events of that November 1 morning illustrate the lack of emergency options for people dealing with psychiatric problems. It’s the latest in a series of examples where Montreal police appear to have escalated a mental health crisis rather than defusing it.

“He called the ambulance and now he’s under arrest. There is nothing logical about that.”

His roommate, Darcy Seekascootch, is afraid of the police. Seekascootch is Nehiyaw from the Plains Cree area and their family has a traumatic law enforcement history. So when Seekascootch found out that Jérome was calling 911, things escalated.

“I knew they would send the police and if you’ve already called 911, you can’t turn it back,” Seekascootch said. “What turned out to be a really horrible suicidal episode for me turned into something that could have been worse. I’m scared of the police.

“You hear stories from your family and your loved ones and from a young age you internalize the idea that the police are not there to help you and that they can make things worse. So when they arrived, I was shocked. I just started yelling, ‘No police.’”

At the entrance to the apartment, Jérome said he was trying to reason with the two officers.

“I don’t remember the exact wording, but they told me to come and decide if we needed an ambulance,” said Jérome. “We could hear Darcy yelling ‘no police,’ so I said, ‘Listen, we really don’t want any police here. It’s not going to help. We can just take [them] to the hospital in our car.’ So I closed the door.”

“When I opened the door, they rushed in and laid their hands on me,” said Jérome. “They push me through the apartment, I’m just trying not to fall over, but when four cops trick you, you go down.

“At one point one of them puts me in a stranglehold and I just let them do what they have to do because I don’t want it to get any worse.”

“They’ve cornered us all in the house and it’s kind of like, ‘You have to come with us,'” Seekascootch said. “I refused. It became this hour when the police just stand in my house and stare at me while my friend is handcuffed on the couch.

“He called the ambulance and now he’s under arrest. There is nothing logical about that.”

The November 1 incident and others raise the question: Are police officers the best solution for someone in psychological distress?

An ambulance took Seekascootch to the hospital that morning and they are likely to start an intensive day program at a psychiatric hospital this winter. But Jérome is still being prosecuted. His arraignment is on January 11.

Last year, Indigenous advocates filed a complaint with Quebec’s human rights tribunal after 17 officers and a dog unit were deployed to treat an Inuit woman in need. She brandished a broken bottle and threatened to use it for herself, but an interventionist managed to calm her down so much that she put it down.

Someone called 911 and asked for an ambulance, but more than a dozen officers showed up with a barking dog instead. So the woman picked up the bottle again and an officer pulled out his taser and pointed it at her.

Earlier this month, Montreal police detained a man and sprayed him with pepper spray. They wrestled him to the ground, handcuffed him and took the man into custody.

That incident also started with a friend calling 911 for help.

The Montreal Police Department has a special mental health emergency unit of about 80 officers and civilian personnel. There is also a team that pairs officers with mental health professionals and intervention workers from downtown clinics to connect the homeless with the resources they need. Another unit pairs five officers with four social workers specifically assigned to de-escalate crises. They respond to about 1,900 calls a year, according to the Montreal Police Department website.

But these teams are only a fraction of the city’s 4,000 police officers. And while thousands of them have had basic training in conflict de-escalation, the November 1 incident and others begs the question: Are police officers the best solution for someone in psychological distress?

For the time being, the police seem to remain the first option in such circumstances. And with Valérie Plante being re-elected mayor this month with a promise to bring 250 more police officers to the city’s streets, it looks like this will be the main option for the foreseeable future.

“I’ve been out of work for a while and things weren’t going well before the police came in, but I’m hopeful for next year,” said Seekascootch, who worked as a cook before going on health leave. “It’s just a bad mix, police and sanity.”

This article was produced through The Rover, Christopher Curtis’ investigative journalism project with Ricochet.