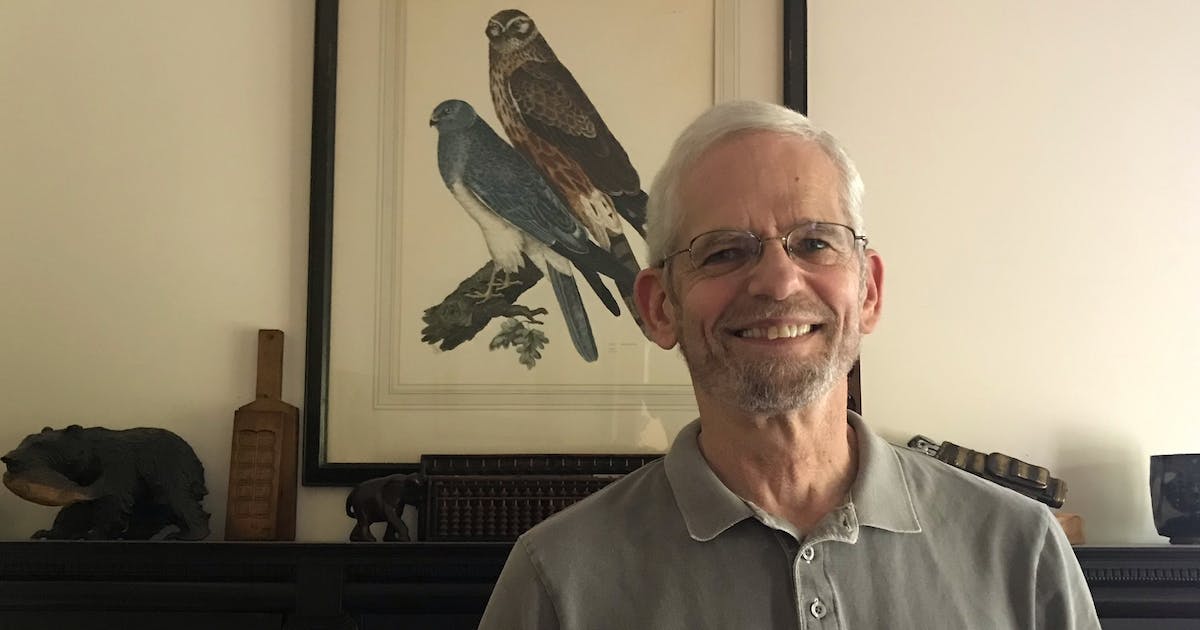 “A ghost story,” is how Gary Goodman describes his memoir “The Last Bookseller: A Life in the Rare Book Trade,” and the pages have a touch of sepia to them. After all, it is about a way of life that has changed drastically in recent years thanks to the internet, but it is also a reckless tale of thieves and forgers, a man who would become king, celebrities and the never-ending search for gold – in this case books, rare books and the effort some will go to to acquire them.

Goodman is a bit disingenuous in trying to refute this: “Most booksellers’ memoirs are about finding an Edgar Allan Poe pamphlet at the bottom of a coal chute and selling it for half a million dollars. Not this one.” His career may have been an accident, one he ran into in 1982 when he bought a “nasty hole” from a used bookstore on St. Paul’s East Side, but knowing nothing about books didn’t stop him from having the adventure of a lifetime. to experience .

The highlights of that adventure are Goodman’s encounters with those forgers and thieves, although he is quick to point out that “some of the most educated and honorable people I have ever met were in the book world, but some of the most unsavory and illiterate were book people too.” And some of the most infamous were homegrown.

Goodman crossed paths with the “Book Bandit,” Stephen Blumberg, a native of St. Paul, in 1989 when the thief entered his bookstore on Arcade Street. When asked if he needed help, Blumberg left. He stopped coming in when he found that there was no room for rare books or rare books. Blumberg was arrested in 1990 after stealing 23,600 books worth about $20 million: “Unlike most book thieves, Blumberg did not steal the books to sell, but to ‘protect’ them from their current owners. (Failure to sell the books was one of the reasons he may have gone unnoticed for so long.)”

Along with the stories of scalawags are those of eccentric Twin Cities booksellers, for whom Goodman clearly has affection. Melvin McCosh, who owned a dilapidated 17-room mansion in Lake Minnetonka stuffed with books, and a Dinkytown bookstore that Bob Dylan likes a lot, is among them.

There’s also a chapter devoted to hoarders — such as the St. Paul woman who “completely filled” three houses with books while searching for 12 family photo albums her mother sold when she was a girl — and precious discoveries between the floor to -ceiling piles and jumble of books. Interwoven by Goodman’s own rags-to-enough-money-to-send-his-six-kids-to-college story, including owning St. Croix Antiquarian Booksellers in Stillwater, North America’s first “book city.”

The tone is rightly jovial (“As you might have guessed from his name, E. Forbes Smiley III wasn’t your average guy, for example”). He tells his story as a man who has seen and survived, a story best settled over a beer in the corner of a dive bar. What if a tidbit from Goodman’s life or something from all his research doesn’t quite fit the story? A footnote provides more details. Many, many footnotes, really, strewn like gold nuggets in this treasure trove of a memoir.

Maren Longbella is an editor at the Star Tribune.

The Last Bookseller: A Life in the Rare Bookshop