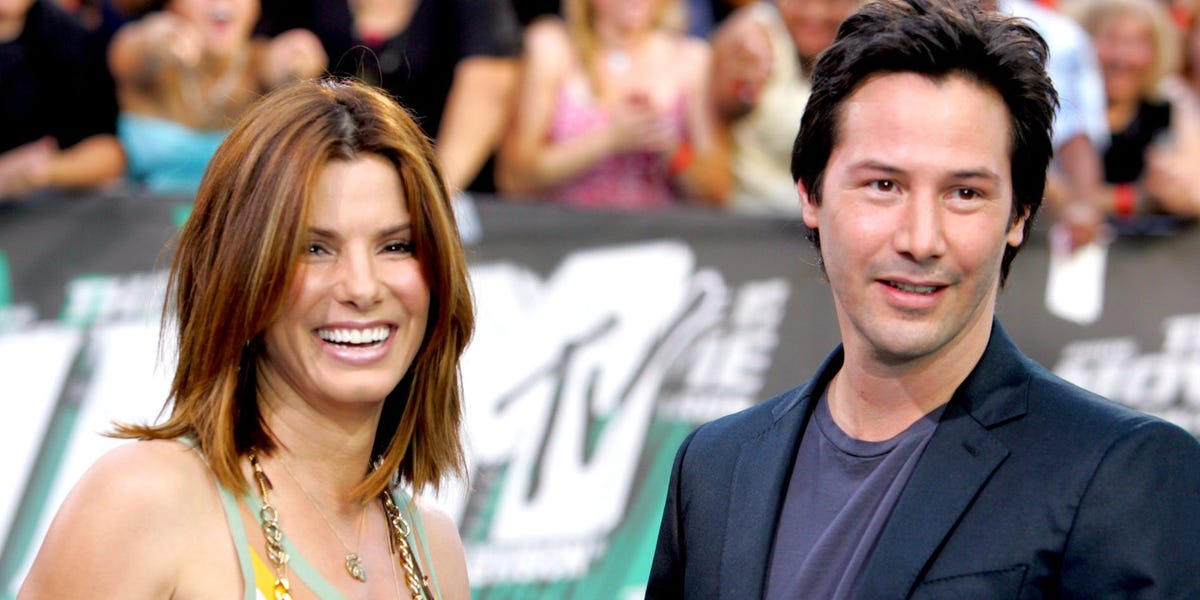 Sandra Bullock and Keanu Reeves met while shooting the 1994 action movie ‘Speed’ and developed a friendship that has lasted nearly 30 years. In a new profile of Reeves published by Esquire, Bullock told a story about how her old boyfriend once came to her house with flowers, champagne and truffles so she could try them for the first time.

Bullock says a simple conversation about champagne and truffles emerged in the early years of their friendship. Bullock told Reeves she’d never had the treats.

“No, I never had them,” Bullock said. The conversation was nothing to her.

But a few days later, Reeves showed up on his motorcycle at Bullock’s new house, flowers, champagne and truffles in hand.

“He said, ‘I thought you might want to try champagne and truffles, see what it’s like,'” Bullock told Esquire.

“Bullock poured some champagne and they opened the truffles,” Equire reporter Ryan D’Agostino wrote in the profile. “Keanu held out his hands without saying a word, and Bullock painted his nails black, just like hers.”

Bullock went on to demystify the illusion of Reeves, who she described earlier in the interview as a “listener,” which in her words “drives people crazy.”

“The more I chatted, the quieter he would get,” Bullock said. And I thought, ‘I don’t understand what’s happening! He looks at me with eyes of confusion. He is quiet. Did I say something to offend him?’ And then a day or two later, he’d come with a note or a little package and say, ‘I’ve been thinking about what you said.'”

Often praised for his kindness, Reeves is no stranger to gifting sentimental gifts to others. He recently gave each of his four-man stunt team personalized Rolex Submariner watches after filming his latest movie, “John Wick: Chapter 4”.

For more examples of Reeves’ random acts of kindness, read Insider’s rundown of the 13 times Keanu Reeves was “the best person ever.”