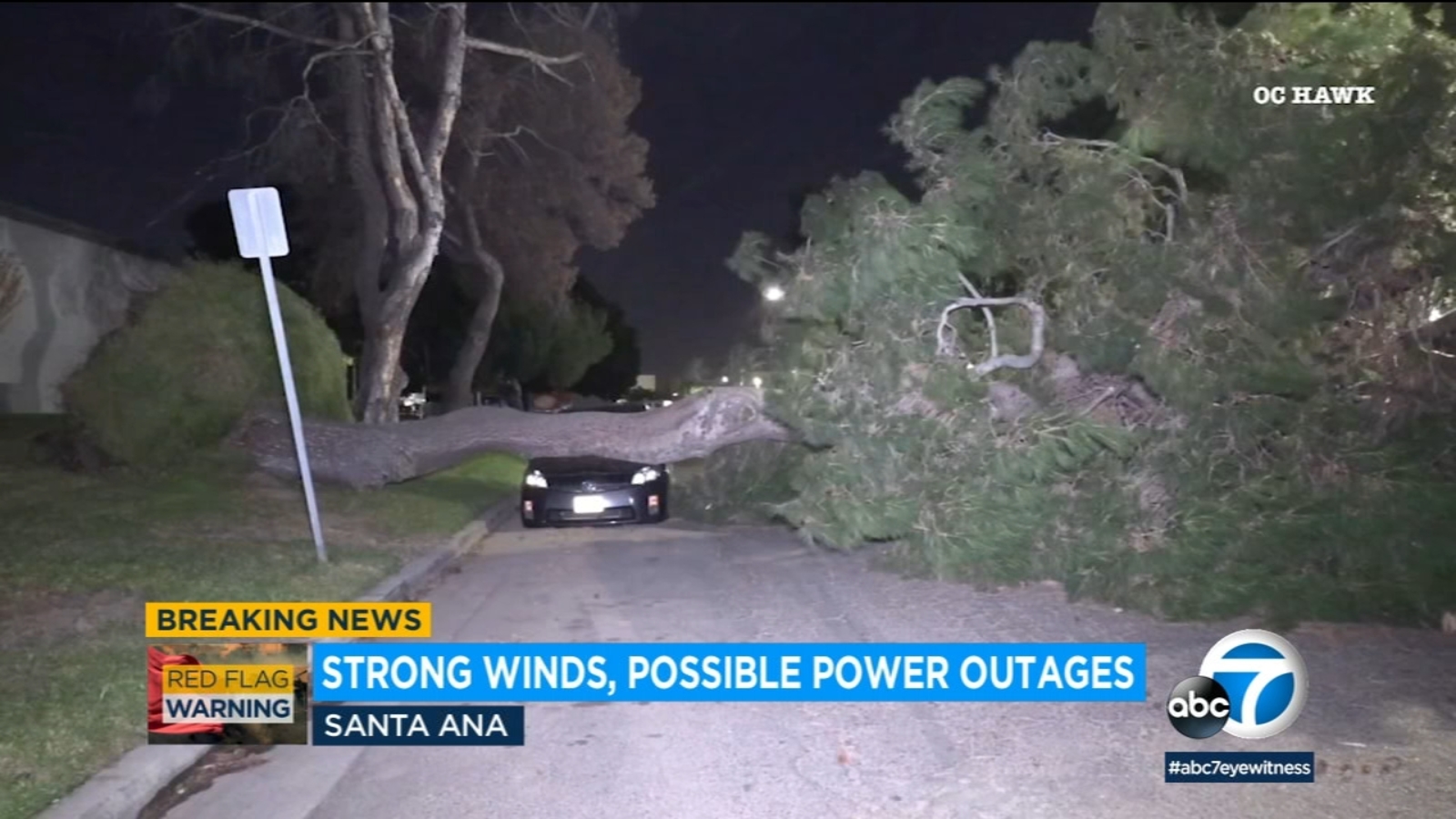 SANTA ANA, Calif. (KABC) — Winds from Santa Ana continued to rage across Southern California overnight, knocking several large trees in residential areas as thousands of people went out of power on Thanksgiving in an effort to prevent wildfires.

The red flag warnings went into effect Wednesday morning and will remain in effect for much of Friday due to forecasted strong winds and very low relative humidity, the National Weather Service said.

Some Orange County neighborhoods saw damage from the high winds. Surveillance video captured the moment a large tree fell on parked cars below on the 300 block of South Pacific Avenue in Santa Ana.

Two other trees were reported at block 2200 of South Magnolia and block 2100 of West Chestnut near Lincoln Elementary School.

In Westminster last night, strong winds may have sparked multiple fires as it pulled down some power lines and knocked over a tree.

A barn caught fire and flames spread to other houses in the area. Firefighters called it a challenging night to secure downed power lines as they struggled with the strong gusts of wind.

Southern California Edison said power was cut as of Thursday morning for more than 57,000 customers in Los Angeles, Orange, Riverside, Ventura and San Bernardino counties, and that shutdowns were possible for an additional 148,000 customers in seven counties.

The Associated Press contributed to this report.