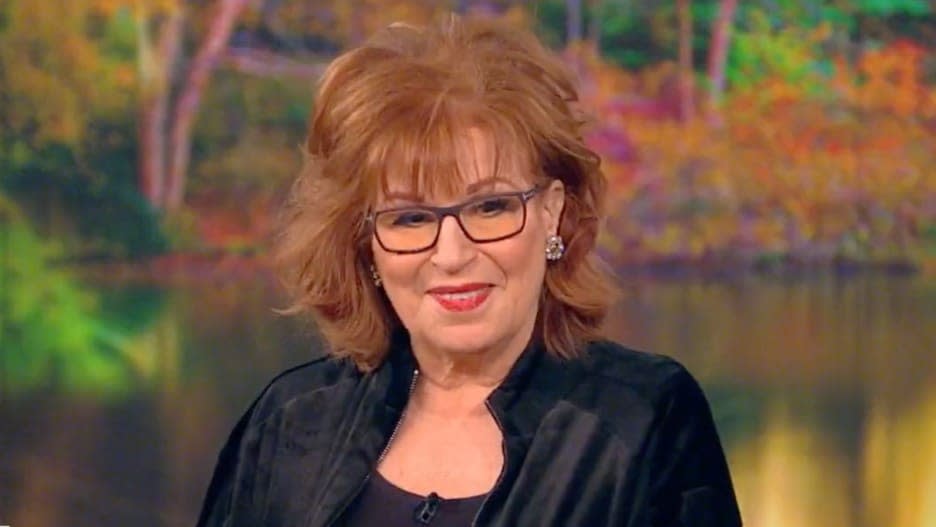 When it comes to conversation topics for Thanksgiving dinner, Joy Behar, host of “The View,” definitely thinks politics and religion should be on the table. And while we’re at it, Behar also believes that anyone who needs it should use this Thanksgiving as the time to come out to their families.

During Wednesday’s episode, the women got into a conversation about whether politics should be discussed at dinner and, if so, how it should be addressed. Moderator Whoopi Goldberg joked that it should happen at the very end – say your part and then walk out the door. But Joy Behar argued that it should be more open.

“I like to talk about politics on Thanksgiving. I do. I’m interested in the subject,” Behar noted, provoking a fake surprise from co-host Sara Haines. “They always say don’t talk about politics or religion. What’s more important than that? Those are interesting topics. What, are you going to ask Grandma if she’s still ovulating?’

After Whoopi noted that some grandmothers in the world might still be ovulating, Behar took her dinner advice one step further.

“And may I suggest — I would suggest that everyone out there come to your family this Thanksgiving,” she said. ‘Just come out. Watch what happens!”

The rest of the women seemed a little stunned at the challenge, and Whoopi asked Behar to clarify exactly what she meant by “coming out.” And yes, she meant it exactly as it sounded.

“Come out gay. If you’re gay, come out. That means you have to be your authentic self,” Behar said. “I’m old enough now, I know life is short, because it passed so quickly (snaps). I say be yourself, this is my philosophy of life.”

The women unanimously agreed on this, and they reiterated that everyone should always feel comfortable being themselves completely.