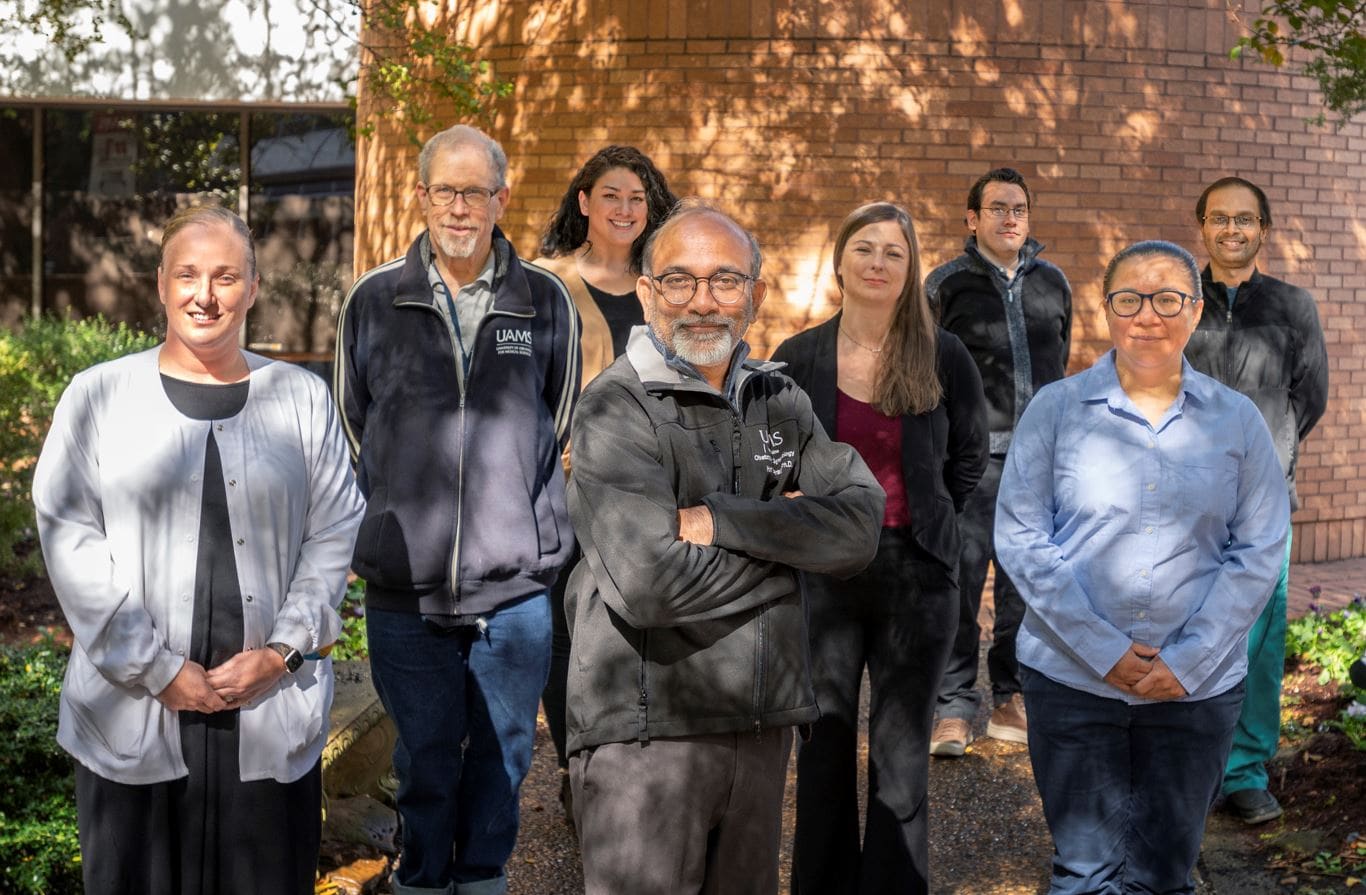 November 22, 2021 | LITTLE ROCK — Researchers at the University of Arkansas for Medical Sciences (UAMS) hope to gain important insights into fetal neurodevelopment in a new study of diabetic pregnant mothers.

Funded by a four-year, $1.5 million grant from the National Institutes of Health (NIH), the first study of its kind will use advanced fetal monitoring techniques and blood tests of diabetic pregnant mothers. Researchers hope the study, involving more than 300 women and their newborns, will be a step toward finding new drugs or other useful treatments.

Hari Eswaran, Ph.D., who is leading the study, said it would build on existing knowledge about the link between diabetes in pregnancy and developmental problems in babies. The multidisciplinary team science project includes UAMS researchers from the Arkansas Children’s Research Institute.

Infants and children of diabetic mothers are more likely to have neurological problems such as low IQ, poor muscle control and delayed language development, said Eswaran, a professor in the College of Medicine Department of Obstetrics and Gynecology and research director of the UAMS Institute for Digital Health and Innovation. The prevalence of births complicated by type 1 or type 2 diabetes has increased by about 50% in recent years.

Eswaran will use a unique device he helped develop at UAMS known as Superconducting Quantum Interference Device (SQUID) Array for Reproductive Assessment (SARA). The non-invasive device can detect fetal brain activity through the mother’s abdomen.

SARA will be used in this study to monitor fetal responses to sound and visual (light) signals. That information will be compared with the mothers’ blood tests being analyzed by Arkansas Children’s collaborative research team.

The lab-based portion of the study is led by Shannon Rose, Ph.D., an assistant professor in the College of Medicine’s Department of Pediatrics, Division of Allergy and Immunology. Her team will measure a range of inflammatory markers associated with diabetes, including pro-inflammatory cytokines, such as interleukin-6 and C-reactive protein.

“This should provide a much better understanding of the specific inflammatory mechanisms that affect fetal development,” Rose said. “For example, if we find that interleukin-6 is really elevated and associated with poor outcomes for babies, then that could be a target for a future clinical trial of the drug.”

“This is a classic bridge between clinical electrophysiology and laboratory science,” Eswaran said. “No other researchers have conducted a study using functional brain analyzes with this technology to correlate with maternal inflammatory biomarkers in diabetic pregnancies.”

Other members of the UAMS research team are: